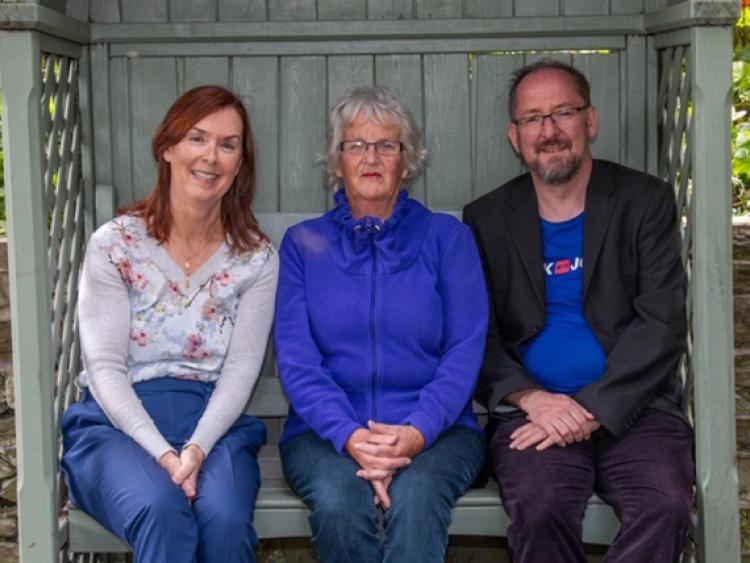 On Friday, June 21 local poets Derek Coyle from Kill and Maura O’Neill from Straffan will present their recent collections. This night will begin at 7pm in the Luisne Gardens at McAuley Place and wine and cheese reception will greet guests. It is a free event supported by Naas Mid-Summer Arts Festival and Life Credit Union.

For the two local poets it is a great way to showcase their work to family friends and a wider audience. Maura O’Neill is well known locally. She recently retired from Naas CBS where she taught English and  is currently working as a journalist.

She has been involved in media for years as a radio presenter.   She is a member of the writing group, Bealtaine, and has just finished her first poetry collection, 'Our Place'.

He has published poems in The Irish Times, Irish Pages, The Texas Literary Review, The Honest Ulsterman, Orbis, Skylight 47, Assaracus, and The Stony Thursday Book.

He has been shortlisted for the Patrick Kavanagh Award, and has been a chosen poet for the Poetry Ireland ‘Introductions Series.’ Poems of his have been set to music by leading Irish composer Grainne Mulvey, premiered in VISUAL Carlow as ‘The Carlow Song Cycle’. A new work from Mulvey is just about to be premiered in Tokyo as part of an Irish flute festival this Midsummer and will contain words from Derek’s poems.

He is a founding member of the Carlow Writers’ Co-Operative.

He lectures in Carlow College/St Patrick’s and his first collection, Reading John Ashbery in Costa Coffee Carlow was published in a dual-language edition in Tranas Sweden and Carlow Ireland in April 2019.

The Hideout an up and coming Naas musical duo of Graham Halton and Sean Kenny will provide the musical interludes. This night is free. No admission charge.

The Saturday night event will introduce three well known poets of national and international renown. All three are international award winning poets. Annmarie ni Chuirreain is from Donegal, Adam Wueth is from England and Cynthia Menendez is from Spain. This night begins at 6.30pm in the Nun’s chapel at McAuley Place and also offers a wine and cheese welcome. This is also a free event.

ANNEMARIE NÍ CHURREÁIN is a poet from North West Donegal. She has been awarded literary fellowships by Akademie Schloss Solitude (Germany), Jack Kerouac House (Florida) and Hawthornden Castle (Scotland). Her work has been published in Poetry Ireland Review, The SHOp, The London Magazine, Agenda Poetry Journal and The Stinging Fly.

She is second place winner of the 2017 Red Line Festival Poetry Award. BLOODROOT is her debut collection.

His work has appeared in numerous literary journals, including The Stinging Fly, The SHOp, Southword, Poetry London and Magma. He was a featured poet in Agenda, 2008 and 2010, and selected for the Poetry Ireland Introductions Series, 2007.

His poems have appeared in several anthologies including, The Best of Irish Poetry 2010, Dogs Singing: A Tribute Anthology (2010), Landing Places (2010), Something Beginning with P (2004), and The Arvon 25th Anniversary Anthology (2006).

Cynthia Menendez comes from Galicia in Spain and is an award winning poet in her home land. Cynthis brings a fresh and original vitality to the work of a poet marrying prose, drama and poetry together.