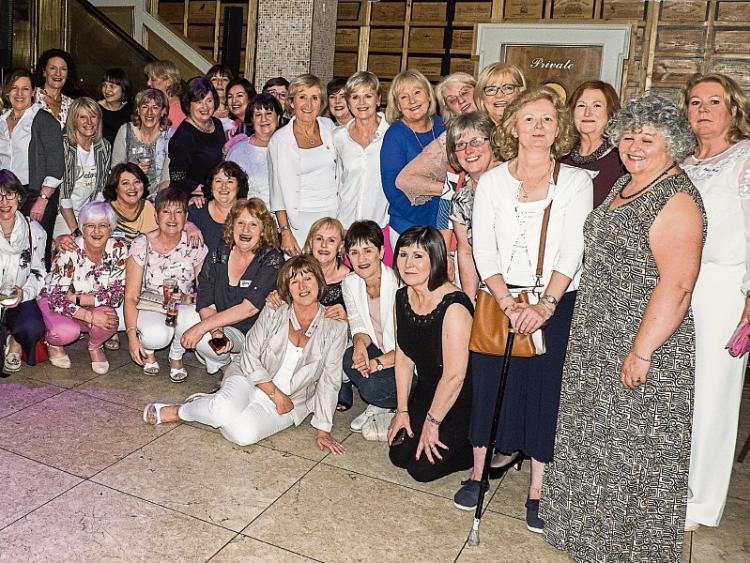 A picture taken at the 40th reunion

The reunion was attended by 40 former students and took place on June 1 at Lawlor’s hotel in the town.

“It all started about two years ago when I was doing some cleaning up and found mail I had received years ago which included a letter from St Mary’s Past Pupils Union about a 15 year reunion and a list of all the girls registered to start secondary school 1974,” said Trasa Bracken.

Trasa then contacted a school friend who she hadn’t seen since 1979.

“I told her about the list and forwarded it to her and we chatted back and forth about it and she suggested a 40th reunion in 2019.”

The pair met for the first time since school with two other women, and in January 2018 the first email was sent out to their classmates to establish the level of interest. They managed to contact everyone on the list.

Sadly four members of the class have since passed away.

Most of those who attended reside in Naas, or at least Ireland, but one came from the US, another from Australia and Trasa herself came all the way from Toronto in Canada to attend the reunion gathering at the start of June.