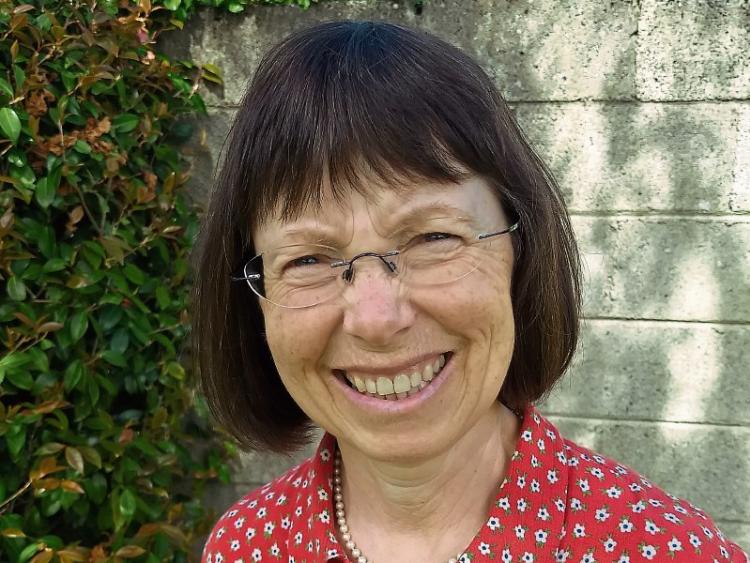 Stephanie McGovern is running out of vases, such is the number of bouquets she has received over the past two weeks.

The well known teacher, who has been guiding generations of students for 41 years — 40 of those at St Conleth’s Community College in Newbridge — is retiring this August.

Having spent her first year at the Cross and Passion Secondary School in Kilcullen, the Kildare town native recalls how she was then was offered a post at St Conleth’s and another at a school in Wicklow.

“My father said to me ‘you have to take the offer of the job in Newbridge, you don’t want to be going over the Wicklow mountains in the winter’ and so I went with his advice and I never looked back,” she said.

Born to Mick and Ann Conlan, Stephanie grew up in Lourdesville.

Her dad, who is 94, is hale and hearty but sadly her mum passed away 10 years ago.

Teaching French and English, it’s easy to see Stephanie still has a passion for her job as she recalled various highlights of her career.

Despite holding a deputy principal A post, she opted to remain in the classroom and her main priority was always helping the students to achieve their full potential.

She decided to retire when she realised she was teaching some of the grandchildren of the students she started out with.

“I remember when I first started at St Conleth’s there was a Home Economics teacher called Louis Cleary and she was teaching the children of her former students and I thought she was old back then. I see the young teachers come in now and I can remember what it was like myself.”

When she first came to the Newbridge school, Colm Canavan was principal. Over the years, Stephanie has worked under Vincent Forde, Brendan Dunning, Mary Lonergan and current principal Patricia O’Brien.

Stephanie is year head for the current fifth year class at St Conleth’s and has been looking after them since they were in first year. Their tutors and the 135 students surprised Stephanie with a special presentation in the school canteen last Tuesday, May 28.

“I was delighted,” said Stephanie. “It was lovely.”

Having attended the Presentation Secondary School in Kildare town, Stephanie went on to UCD. Before the arrival of Erasmus, she spent time in France studying.

She founded the French exchange programme in St Conleths in 1982 with a school near Estrés St Denis near Compiègne. Such is the strength of the partnership, Stephanie remains close friends with French teacher Thérèse Clabaut.

Over the years countless students embarked on the trip with host families providing accommodation on the return visit to Ireland.

“They would go to school during the day and do the tourist trips in the evenings. One of the things we used to organise here was the Irish/French concert and that was super,” she said.

She was also involved in a teacher exchange programme with Saint Jean Brevelay in Brittany.

The school has a massive new extension now with state-of-the-art specialist rooms and an ASD unit.

Stephanie is married to Jim and they have three children. Ronan, an engineer, lives in Boston. Aoife is a GP and Fergal is an economist living in London.

She won’t be short of things to do when she retires because Stephanie has a long list of hobbies including swimming, yoga, cycling, bridge, walking and photography.

“At the moment, I do it all in a rush because I am fitting it in with work but I am looking forward to having time to enjoy my hobbies,” she explains.

“I also have four weddings in five months, one is in India in November and I have another in New Zealand in February.”

She hopes to see the sights in these two countries while visiting.

She is full of praise for the staff at St Conleth’s.

“They have all been absolutely fantastic. Anything I’ve ever asked of anybody, they’ve never refused. They are a wonderful bunch of people,” she said.

With exams coming up, Stephanie is keen to ensure her pupils are coping well with their preparations and she continues to help them, correcting extra work if required and she is always on hand for advice.

With a number of presentations already carried out, there is no doubt that this teacher will be greatly missed by many at St Conleth’s.