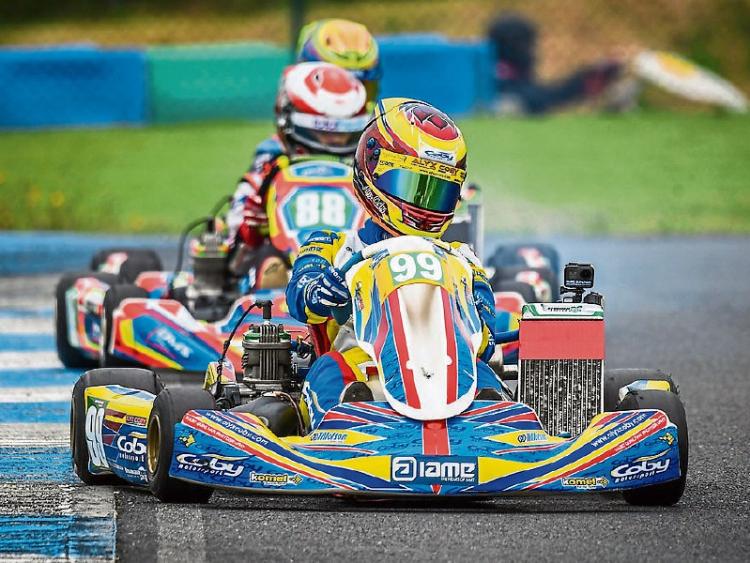 Alyx Coby is from Newbridge

14-year-old Alyx Coby, from Newbridge was back on the grid at Whiteriver Park in Co Louth the weekend before last as the Motorsport Ireland Karting Championship made its way to the circuit for the third round of the series.

Following a disappointing weekend at the last outing in Galway, Alyx was eager to return to the form she showed in the opening race of the season.

The reverse grid for the second heat saw Alyx line up for the start in 3rd place. She pulled out a comfortable margin in the opening laps and cruised to victory by almost two and a half seconds.

In the first final of the day, Alyx  finished the race in third place.

That result saw the second year student from Gael Choláiste Chill Dara start in third position for the day’s main final, where she finished.

With her two podium finishes Alyx has moved back up the points table, and with dropped rounds taken into account she sits in fourth place in the Championship, just 8 points off the lead. The series now takes a five week break.