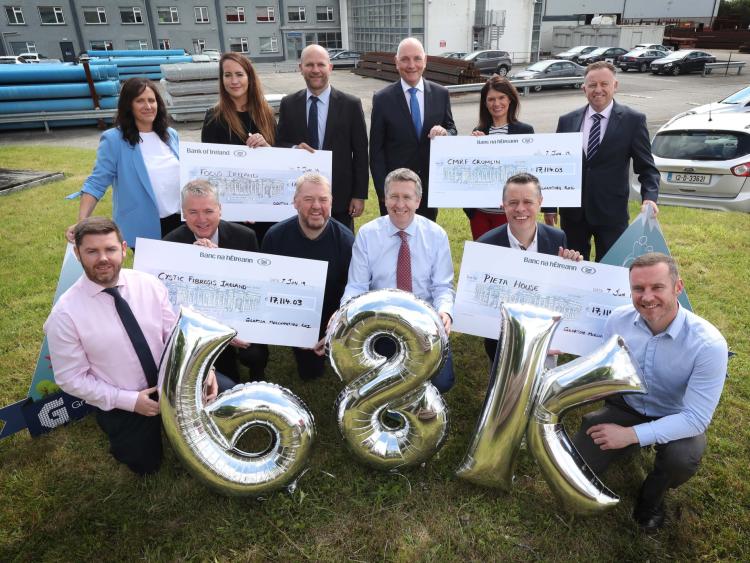 Carmel O’Flaherty from Maynooth and Ciaran Kelly and Jason Maher from Naas went above and beyond to conquer the Four Peaks Challenge and raise much needed funds for charity.

The locals were part of a team of 22 colleagues from Grafton Merchanting ROI, one of Ireland’s leading building merchanting companies which includes brands such as Chadwicks and Heiton Buckley.

The company is today thrilled to announce that it has raised €68,456.10 in vital funds for four Irish charities including Focus Ireland, CMRF Crumlin, Pieta House and Cystic Fibrosis Ireland, which were carefully chosen by colleagues at Grafton Merchanting ROI.

Ciaran Kelly said: “The Four Peaks Challenge was a fantastic experience. I got to climb the four highest peaks and led our mini expedition with another colleague. The biggest challenge for me was getting our team up the first mountain. It was the first mental hurdle. If we could conquer the first one, we knew we could do all four. It was a tough challenge and required a lot of training, prep and endurance but it was all worth it in the end. The generosity and kindness from people was outstanding and we went above and beyond our fundraising goal.”

The Four Peaks challenge saw a 22-strong Grafton Merchanting ROI team travel across the country to climb the highest mountain in each of Ireland’s four provinces in four days.

In preparation for the mountain ascension, the team carried out months of training for the demanding four-day challenge. The team kicked off the significant feat starting with Carrauntoohil in Co. Kerry, followed by Mweelrea in Co. Mayo, Slieve Donard in Co. Down, and finally finishing with Lugnaquilla in Co. Wicklow in Co. Mayo between May 2 and 5.

Carmel is the Kitchen category Manager for the Panelling centre based in Santry. Ciaran is a Regional Sales Director and Jason is a Hardware Category Manager both based at Grafton Merchanting ROI’s Head Office in Ashfield. Together with their teammates at Grafton Merchanting ROI they not only defeated the Four Peaks but also smashed their fundraising target of €40,000 by raising €68,456.10 – almost €30,000 in excess of the initial goal for the four charities that were chosen with great care.

The monies raised for CMRF Crumlin will go towards the Diabetes Clinic which provides necessary treatment for children.

Patrick Atkinson, CEO, Grafton Merchanting ROI said: “We are very proud to announce that Grafton Merchanting ROI has raised €68,456.10 for four incredibly important causes by undertaking the Four Peaks challenge. After many weeks of training, lots of determination and a dose of good humour, we conquered the Four Peaks and most importantly, we busted through our target for the four charities.

"Grafton Merchanting ROI has a long and proud history of working with and donating to charities who raise funds for those most in need in Ireland. On behalf of all the team here in Grafton Merchanting ROI, I would like to congratulate and thank the team of 22 employees on this great achievement. I look forward to us realising the next initiative for charity.”