KILDARE PARENTING COLUMN: The winner takes it all... even at the tender age of six! 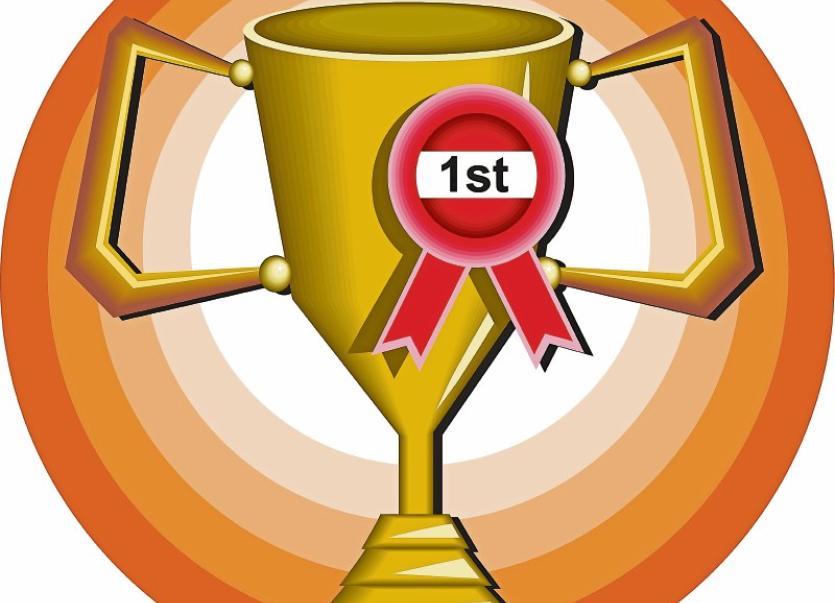 It starts as soon as we get up in the morning and it doesn’t end until they close their eyes and go to sleep some twelve hours later. It’s hard to listen to. It’s tiring and it drives me round the twist!

I’m talking about the competition between Aidan and Sarah. The latter isn’t overly bothered by it but himself is as competitive as one can get. It starts every morning, without fail, over breakfast. He likes to get his Weetabix first. The odd time Sarah will ask if her porridge can go in the microwave first and he loses the plot. I feel like telling him to just cop on and I do except I don’t use those exact words!

After breakfast I always make their lunch for school; nothing fancy — just a sandwich, maybe some crackers and fruit. When grapes or strawberries happen to be on the fruit menu, the competition kicks off again. Heaven forbid Sarah gets ten grapes and Aidan only gets nine. It doesn’t matter if his nine are massive compared to her ten; the number has to be the same or even more so he can rub it in!

Not long after that, we have to leave the house for playschool and big school. I instruct them to put on their shoes and coats if they are needed. Thereafter Aidan legs it for the door because he has to be the first one out. More often than not he nearly knocks his sister over attempting to get there first and then she starts bawling. By the time I calm her down we are late for school and I’m getting flustered. Thank God I have a few hours break from the competition at that stage!

As you know, Aidan loves playing football and recently he was asked to join up with the U7 team at the club. He’s an U6 player but on this particular weekend there was a communion in the parish and the U7s were short a few players, so he joined them for a Go Games fixture against the neighbouring club.

Now, for anyone not familiar with the GAA’s Go Games, the key principle is that every child gets a ‘Go’ for the entire ‘Game’. While the kids learn the skills of the game while playing, the main aim is for them to have fun and scores are not recorded. So technically no team wins or loses, and in some ways I like the idea. However, all Aidan ever wants to do is win, and he’s not stupid either.

He can count, he knows a goal is worth three points and a point is singular. He might not be keeping a record in his head of all the scores, but he knows well if his team wins or loses. Thus far he’s played two Go Games at U7 level and all he talks about before is beating the team they are playing.

The games are played over four quarters and at the end of each Aidan was over on the sideline to tell me his team were winning and he was delighted with himself. All the kids were the same, including the opposition who also thought they were winning. All the kids had fun, which is exactly what they were supposed to have but they are all obsessed with winning. Or maybe they aren’t, but my fella is anyway.

It makes playing any sort of games at home a royal pain in the ass. Board games end in tears if he doesn’t win. So do penalty shootouts in the back garden. And races... and heaven forbid someone should catch him when a few of them are playing tag together.

So is having a competitive child a good thing? It’s not great for my own sanity I can tell you, but he’s just a kid and at only six I guess he just doesn’t like feeling disappointment. Who does? I know I don’t but I’m older and I just know how to deal with it better than he does.

In research for this column, I read an article online that said young boys are more prone to this type of behavior, which was reassuring.

“Often, they are not content with winning. They also engage in some expression of gleeful triumph — boasting, bragging, and taunting. Or, if they lose, they may throw game pieces, insist on a “do-over,” or refuse to play,” said the article in Psychology Today.

It’s actually like they were talking about Aidan. That’s exactly what he does, especially to Sarah.

Apparently, according to the article, many children who are super competitive are impulsive and strong willed. Tick! That’s my boy anyway!

It’s normal then. Many parents are going through the same thing with their own children. That’s good to know. It doesn’t make it any more frustrating but I’m happy to know that my wee man is just like a lot of children! Phew.

Until next week, folks.