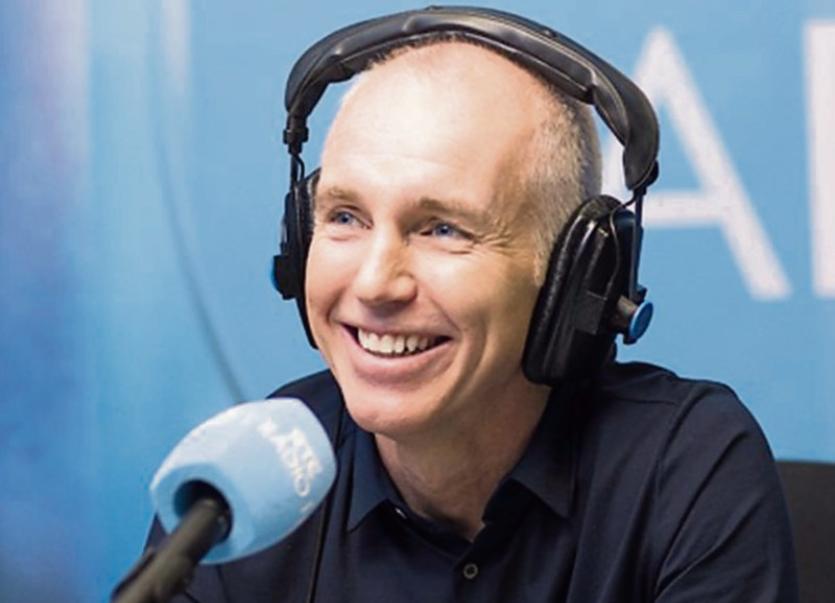 Ray is the son of the late Ray D’Arcy Sr and Mary, and has eight siblings. He grew up in Campion Crescent in Kildare town, and went to school Scoil Naomh Bríd, and De La Salle primary and secondary schools in the town.

I suppose the freedom of it all. Campion Crescent had a big green out the front of it, and this time of the year before the grass was cut for the first time it was like a wonderland for kids, because you could actually crawl through the grass without being seen.

WHAT'S YOUR FAVOURITE THING ABOUT KILDARE?

Christy Moore! And tourism was right on our doorstep growing up — the Round Tower, the Cathedral, the Japanese Gardens, the Irish National Stud, and now add Kildare Village and you’ve a nice little package there for a day trip.

WHAT'S YOUR FAVOURITE RESTAURANT IN KILDARE?

We just frequent the Silken Thomas. When I was a kid, the Kingsland Chinese in Kildare was the real treat.

GET SET TO RUN WITH RAY

On Thursday June 13, The Ray D'Arcy Show on RTÉ Radio 1 will broadcast from Kilcock from 3pm to 4.30pm.

Ray will host a special 5km run along the Royal Canal in Kilcock following the broadcast of his show. Using already established routes from Parkrun Ireland, each run will begin at 6pm.

Over the next couple of weeks, Ray will be joined by running coach Mary Jennings as he gets the country prepared to run with him.

“Really it’s just to give people an opportunity to get moving. 5km is an entry level run, it’s something you can train up for in six weeks. And then by going out to people it makes a bit of an event out of it and people have a target, they can encourage their friends to do it and do it in a group.

“A lot of people think it’s about losing weight, but it’s about how you feel in your head.

“In a world where people are stressed and anxious, to have an outlet like running is just a godsend. We are delighted to be teaming up with the local sports partnerships and we appreciate the assistance of the Parkrun volunteers.”

In the lead up to the week of June 10, inspired listeners will be invited to share their Couch to 5K stories on air. Listeners are encouraged to sign up to the run through rte.ie/ray to join him at the starting line.