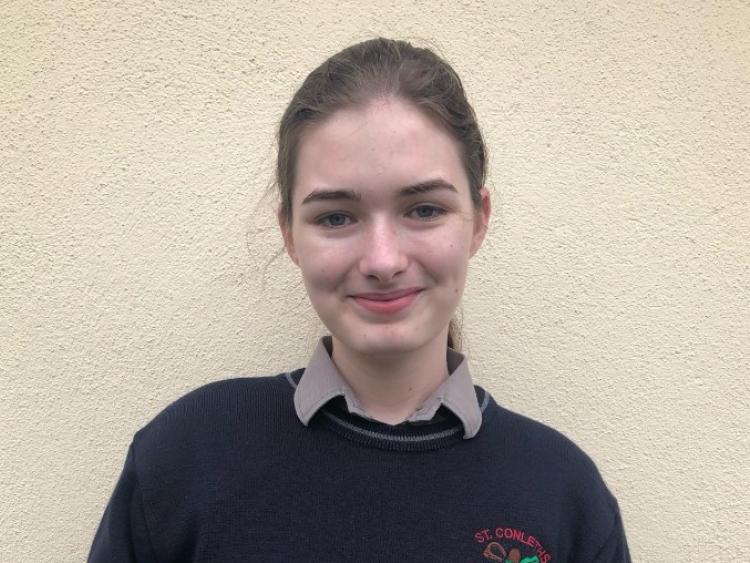 Fifth year student, Amy Staudt from St. Conleth’s Community College in Newbridge won ‘best speaker’ at the Griffith College Legal Debate competition in March and was presented with a trophy at the school on May 27. 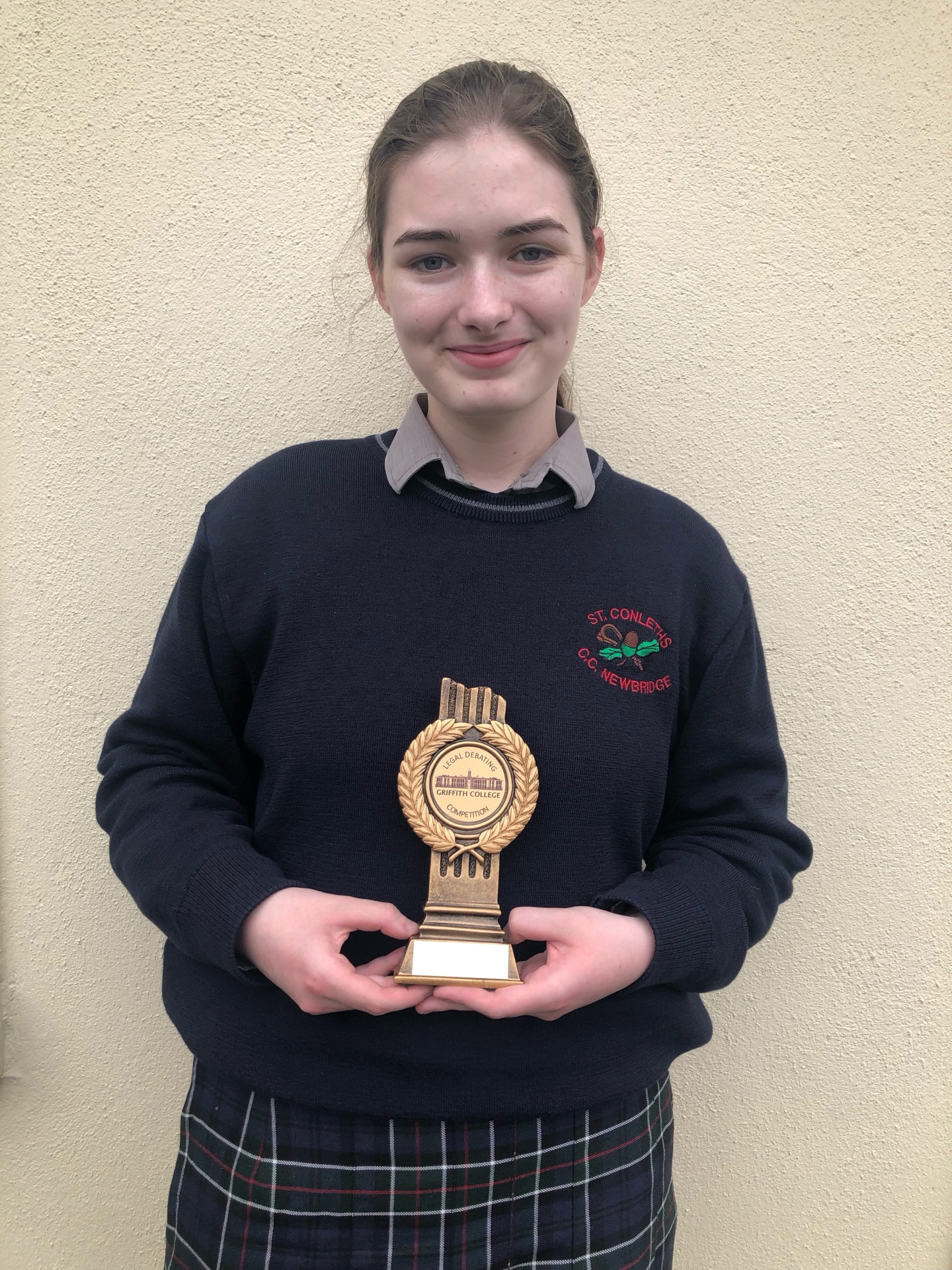 Amy with her trophy