But general direction in both becoming clear 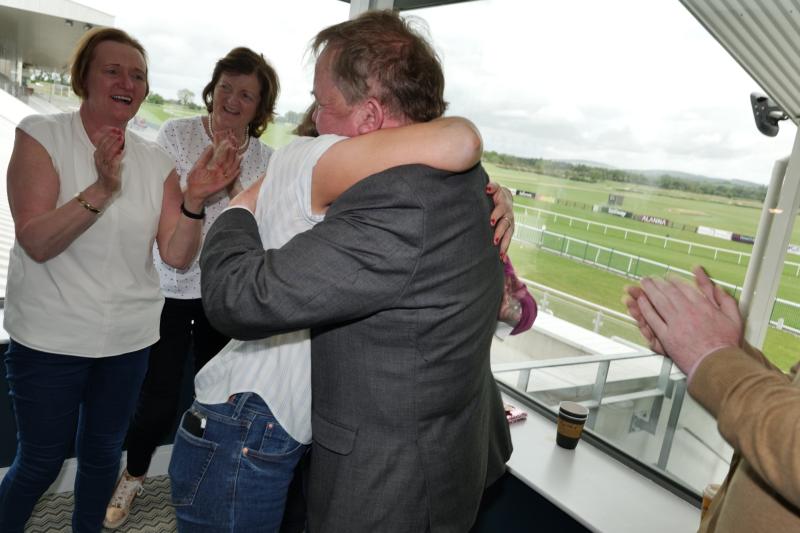 Brendan Weld is congratulated on his win

After eight counts, Padraig McEvoy has joined his current incumbent sitting councillors Daragh Fitzpatrick, FF, and Brendan Weld, FG, in getting elected in the Clane LEA.

The next count will see the counting of the votes of Eoin Hallissey of the Greens, with Aidan Farrelly (Soc Dems), Brendan Wyse (FG) and Seamus Langan (FG) all in the hunt for the last three seats.

Mr Langan is approximately 150 behind Mr Wyse, and 500 behind Mr Farrelly making it an uphill climb for him.

In Newbridge, after six counts (and four of them today) nobody else has been elected, but the shape of the new council is slowly taking shape.

Peggy O'Dwyer and Tracey O'Dwyer for Fine Gael as well  as Rob Power for Fianna Fail and Chris Pender,  Social Democrats are soaking up most transfers and pulling away from the rest.

Noel Heavey (FF) is behind them by about 150 votes, but he's progressing well. If things stay as they are through the next four counts, then that's probably who's going to fill out the five remaining seats in the Newbridge LEA.

A full list of councillors elected so far to Kildare County Council can be found HERE, and if you're only catching up, read the day's results, analysis and the rest as it happened from the Punchestown Count Centre on the Leinster Leader Live Blog.