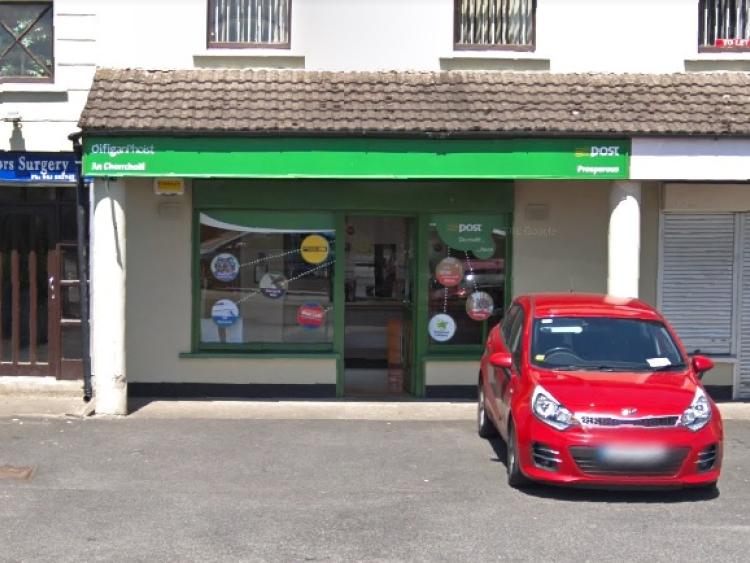 A lone male brandising what appeared to be a handgun entered Prosperous Post Office this morning at 10.30am.

Gardai say the man was wearing a dark tracksuit, a black and white jacket with the hood up.

Having produced the weapon he threatened staff and made off with a small amount of money.

Nobody was injured in the raid.

The man ran from the post office but Gardai suspect he may have had a car parked in the car park of nearby Dowling’s pub.

Gardai from Clane, detectives and the Garda Armed Support Unit attended the scene and an initial search did not locate the suspect.

“We are appealing for anybody who may have seen anything suspicious in or around the post office or the car park at Dowling’s to come forward,” a Garda source said.

They will also be interested in looking at CCTV that may have covered that area.

There was one customer in the Post Office at the time of the incident, they and staff members are receiving support.