KILDARE BEER COLUMN: It’s the week to back your local indie beer brewery

Brewin' up a Storm 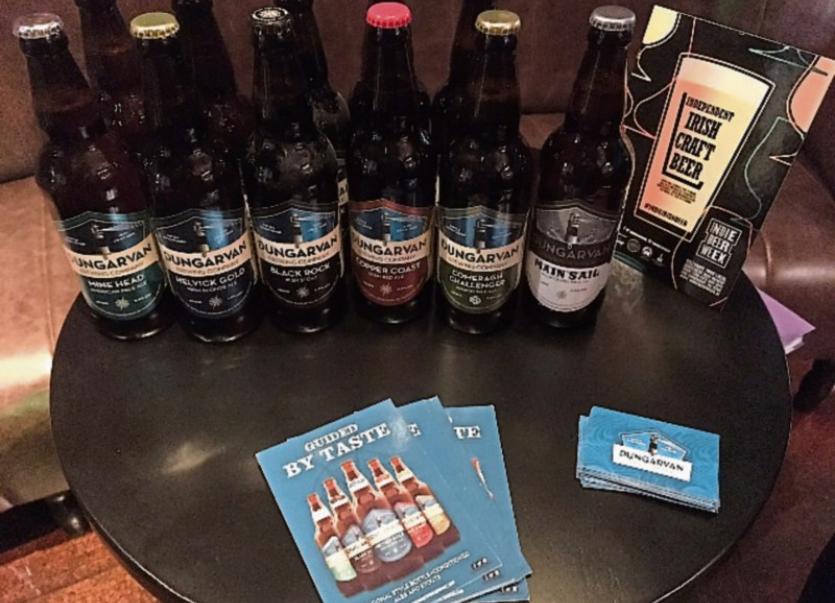 Ireland’s network of independent craft breweries, the Independent Craft Brewers of Ireland or ICBI, hosts their annual Indie Beer Week this year from Wednesday, May 22, to Sunday, May 26.

Indie Beer Week is a collaborative event, promoted by brewers across the island of Ireland through a series of nationwide events. The aim of Indie Beer Week is to shine a light on Ireland’s brilliant independent brewers, and maybe introduce beer drinkers to some tasty new beers or breweries with which they may not be familiar.

While beer is Ireland favourite alcoholic beverage, craft beer accounts for less than 3% of the total beer market. Meanwhile, this 3% is produced by almost 100 breweries or brewing companies, many of whom make up the over 30-strong membership of the official representative trade body for independently-operated microbreweries in Ireland, the Independent Craft Brewers of Ireland.

Participants in Indie Beer Week are not required to be members of the ICBI, but they do have to be independently-owned Irish breweries and meet the criteria for a microbrewery which is laid out by the government and Revenue.

During Indie Beer Week, breweries are planning a variety of beer related events. Now in its third year in response to the public’s thirst for independent, authentic, exciting beers, Indie Beer Week has grown dramatically since its first incarnation.

Breweries are collaborating with their local pubs, restaurants or off-licences for tap take-overs and tastings. Some are planning live music and local food events to highlight their diverse range of beers; while others will open their doors to the public, welcoming locals and visitors alike for tours and tastings.

Many more breweries are planning special releases of new beers to mark the occasion. Many of the events focus on strengthening the connection between a brewery and its locality, which underlines the importance of these small beer businesses to the communities in which they are based.

Moreover, understanding the importance of small local businesses is an ethos which is not limited to geographic boundaries, so other family run or independent businesses elsewhere can support other likeminded producers and business owners.

At the launch of Indie Beer Week which was held in Dublin recently, we tried a couple of new beers which will be making an appearance at this years celebrations. These beers are from breweries who are actively participating in this years programme.

Up first was Dungarvan Brewing’s Main Sail, Ireland’s first alcohol free-independent craft beer. There is a greater awareness of the desire for beers that taste fantastic yet are light on alcohol and this beer cleverly hits the mark. Through careful malt selection and generous hops, this beer is full of flavour yet clocks in at a mere 0.5 ABV.

It tastes clean, very drinkable and doesn’t suffer from some of the undesirable flavours that can make no and low alcohol beer difficult to enjoy.

The beer is a triumph, a beverage you can keep drinking that packs a tasty punch that you won’t regret the next morning.

The next beer we were exited to try was Et Tu Brut IPA from the Boyne Brewhouse. The beer has a lovely, cloudy, yeasty body. It is dry and juicy with a moreish zesty flavour. We found it smooth and very drinkable.

At a reasonably hefty 7% ABV we found the alcohol very well integrated and surprisingly hard to detect.

Brut IPAs are brewed using the enzyme amyloglucosidase. This enzyme has the ability to break down complex sugars that might not otherwise ferment. This gives the yeast a bonus meal during fermentation and results in a bonedry beer of higher ABV.

Before it was used to brew IPA style beers, it was commonly used to brew boozy, big, imperial stouts that were not cloyingly super sweet on the finish.