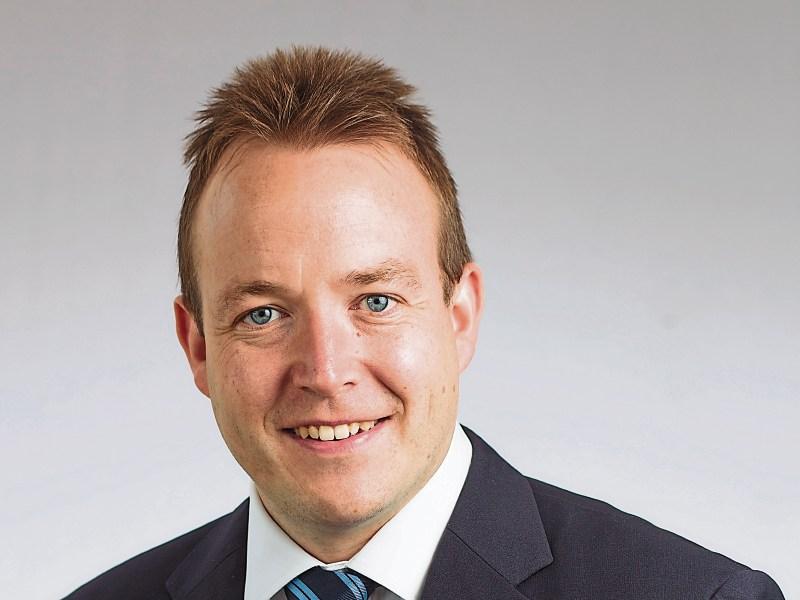 Brian Larkin, candidate for Fianna Fail in the local elections on Friday

The home of a candidate in the forthcoming local elections was broken into and thrashed during a brief period when he was out of the house over the weekend.

Brian Larkin, a first time candidate for Fianna Fail, had received a phone call from a party colleague on Sunday afternoon to say that posters of his near Naas Racecourse had been vandalised.

He and his father left the house in rural Eadestown at 2.30 to have a look at the damaged posters.

They returned at 3.15 and discovered that the front door had been smashed in and the house ransacked.

“The place was upside down. They thrashed the rooms and opened all of my mother’s drawers,” Mr Larkin said.

Mr Larkin, who works as a solicitor in Naas, said “it’s bad enough when it’s yourself, but my parents are in their mid 70’s.

“It’s tough on them.

“Maybe it has to do with the election, or maybe it’s a coincidence.”

He explained that some of his posters were burned near the lake in Naas, although he acknowledged that he wasn’t to only candidate to have this happen to them. “It’s all bit disconcerting. It could be just a coincidence but the timing of it all makes you wonder.”

That being said, he said that his local area, near the Begger’s End junction has seen a number of break-ins in recent time. “Neighbours to the left of us had their car broken into a few weeks ago, and another lady nearby had her tractor mower stolen.

Mr Larkin pointed to the closure of the garda station in Kill as an issue.

“The gardai are stretched to the pin of their collar. The station was always a bit of a deterrent. We’re close enough to certain parts of Dublin, areas where some of these criminals are coming from.”