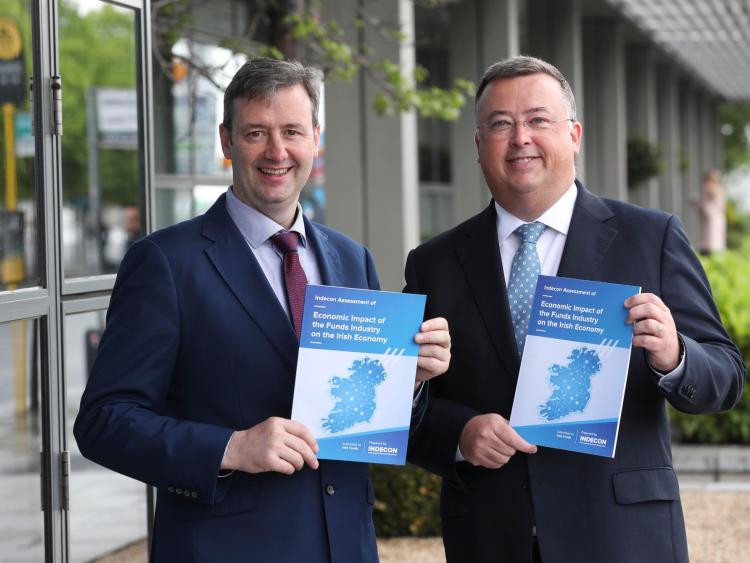 Indecon, the independent economic research organisation, has published a report which found that County Kildare was one of a number of regional locations around Ireland where the funds industry has an established employment footprint.

While the funds industry has had a long-standing presence throughout Ireland, it said the regional impact on towns and cities can now be seen clearly through Indecon’s report.

The funds industry in Ireland contributes €837 million annually in direct taxes to the exchequer, with 16,000 people now directly employed in the funds sector across the country.

At a roundtable event held in Naas today, Indecon’s Economic Impact Assessment report was launched by Pat Lardner, CEO of Irish Funds. The report found that activity and growth in the sector brings with it a €14 billion contribution to economic output nationally which is being dispersed in communities across Ireland. The independent report focused on the profile and contribution of the investment funds industry to the Irish economy.

Commenting on the findings, Pat Lardner, CEO of Irish Funds, said: “We are very pleased with the findings of the Indecon report and recognise Kildare’s contribution to the funds industry in Ireland. A total of 16,000 people across Ireland are directly employed in the funds sector, contributing €837 million in taxes annually directly to the exchequer. We are proud to play a part in offering people who want to live and work in Kildare this type of employment.”

“At the same time that we are enabling global savings and enhancing Ireland’s reputation as a destination for knowledge-based industries, we are making a tangible contribution to the State in cities and towns across Ireland. This has been a 30-year journey and one we want to build on.  If we can grow the industry in Ireland, we see no reason why we would not be looking at direct employment closer to 20,000 and a tax contribution of €1 billion annually.

“We should not forget however that we operate in a highly competitive global market – while we have earned the right to compete and serve our customers, we should never take this for granted.  We will continue to work on behalf of our members, with Government, its Departments and Agencies, and our public elected representatives to build on this contribution to communities across Ireland.”

Launching the report, Minister of State, Michael D’Arcy said: “The funds industry is a vital sector in our overall international financial services sector. The ecosystem for funds has been built up over 30 years and now represents a recognised global centre of excellence. Today’s assessment, which was completed by Indecon, is a welcome addition to the information and research on the investment funds industry in Ireland, which we will strive to continue to grow and diversify through the “Ireland for Finance” strategy.”