Countdown to Kildare local elections: New names from all parties and independents 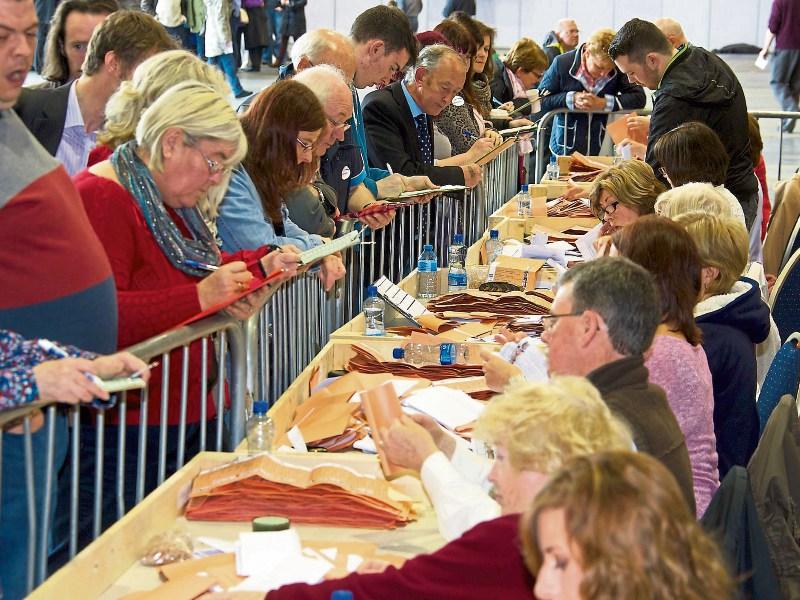 Fianna Fáil is the dominant party in the county council as we head into the election on Friday week, May 24.

With 12 seats, it is equalled only by the independent block in the chamber, although, obviously, is a much more unified political entity.

Fine Gael has eight seats, Labour has five and Sinn Féin has three.

Over the course of the five years of the current council, all but one of those parties lost at least one member.

Having run successfully in the local elections, and less so in the general election, Cllr Fiona McLoughlin Healy left Fine Gael in March of 2018.

Of the FG remaining councillors, Billy Hillis has announced he will not contest the forthcoming election.

He sat on as an independent county councillor for some years after, but resigned from the council in October 2018, which enabled the party to bolster its numbers by bringing in Brian Dooley.

Going into the election Seán Power and Martin Miley have announced that they will not be seeking re-election.

Interestingly, in two MDs, namely Celbridge and Maynooth, the party is running no new candidates.

Labour county councillor John McGinley and Kevin Byrne have announced they will not stand for the next election but has several new candidates; Ciara Galvin in Celbridge, Paul Hutchinson in Kildare, Mairéad Beades in Leixlip, Angela Feeney in Maynooth and Ciara O’Reilly in Newbridge.

Sinn Féin’s fortunes have turned considerably since their triumphant arrival into the council after the last election in 2014.

They've gone from five to three, with the resignation of Sorcha O’Neill in April 2017., saying that the party environment in Kildare was a hostile place to work in.

And Íde Cussen resigned from the party in November 2018 saying there was no freedom of conscience within the party in relation to the abortion issue.

Mark Lynch has announced that he will not contest the forthcoming election, leaving only Réada Cronin and Thomas Redmond, from opposite ends of the county, as sitting councillors to contest the election.

Five parties who have no sitting county councillors are contesting the election. They are the Social Democrats, the Greens, Renua, Solidarity-People Before Profit and Aontú, the new party established by former Sinn Fein TD, Peader Toibin.

Ashling Merriman is contesting the election for Solidarity-People Before Profit in the Naas Municipal District.

Other new candidates, all running independent of any party are Tony McNamee in Athy, Tony Murray and Michael Beirne in Celbridge, Thomas Hogan in Clane, Declan Crowe in Kildare, Sean Gill and Michael Reidy in Leixlip, John Reid in Maynooth, Gerard Dunne in Naas and Gerard Delaney in Newbridge.