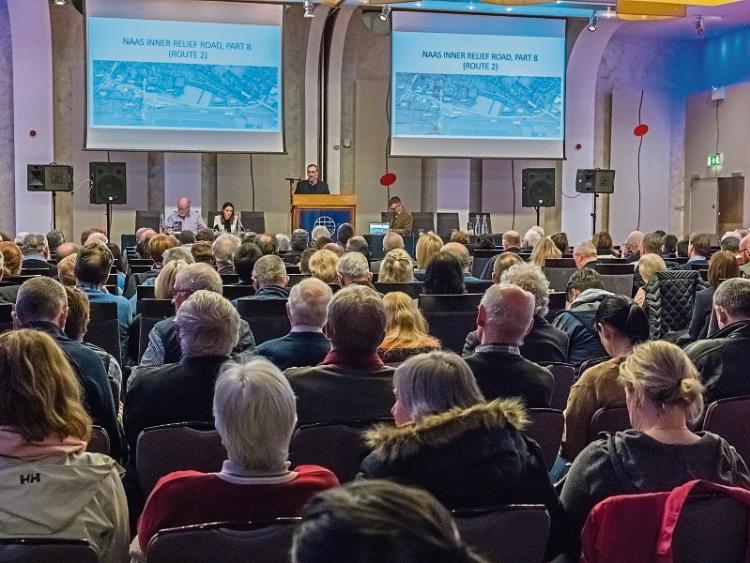 Residents living adjacent to the planned route are objecting

The Naas inner relief decision has been put off until after the local elections take place on May 24.

It was originally intended that the decision to accept or reject the ring road route would be voted on by the nine councillors on the Naas Municipal District today.

But last month this was postponed after the councillors voted narrowly to seek advice from Kildare County Council about whether the full council — rather than just the nine councillors — should decide. This was put forward by Fine Gael’s Fintan Brett who said councillors were coming under undue pressure over the issue.

He was responding to a suggestion by independent councilor Seamie Moore that KCC should abandon the relief road proposal and instead plan for a wider orbital around the town and connected to the M7.

Cllr Moore said the selected route case was put forward in 1994 and “it hasn’t been looked at since then.”

He also said any move to take the decision away from the Naas councillors could be illegal and he said legal advice should be sought.

Some councillors, like Darren Scully, said that NMD should decide on the issue and said if the Naas councillors did not do so “it would be an abdication of our responsibility; we might as well not be here.”

As already reported, the councillors voted narrowly, by the casting vote of Naas Mayor Billy Hillis, to refer it to KCC’s Corporate Policy Group which is made up of councillors from across County Kildare.

The thrust of the CPG’s advice is that the NMD should decide it.

Councillor Darren Scully further claimedhe had been told that unless he votes in favour of the road a fund would be set up to unseat him as a councillor.

Residents living close to the proposed road, which would connect Dublin Road with Blessington Road, have campaigned intensively against the plan.

It is now certain that the new Naas Municipal District, which will be elected at the end of the month, will vote on the road. It is not known when this will happen but it is likely to be in June or July. Three of those who favour the road are not contesting the Naas election.