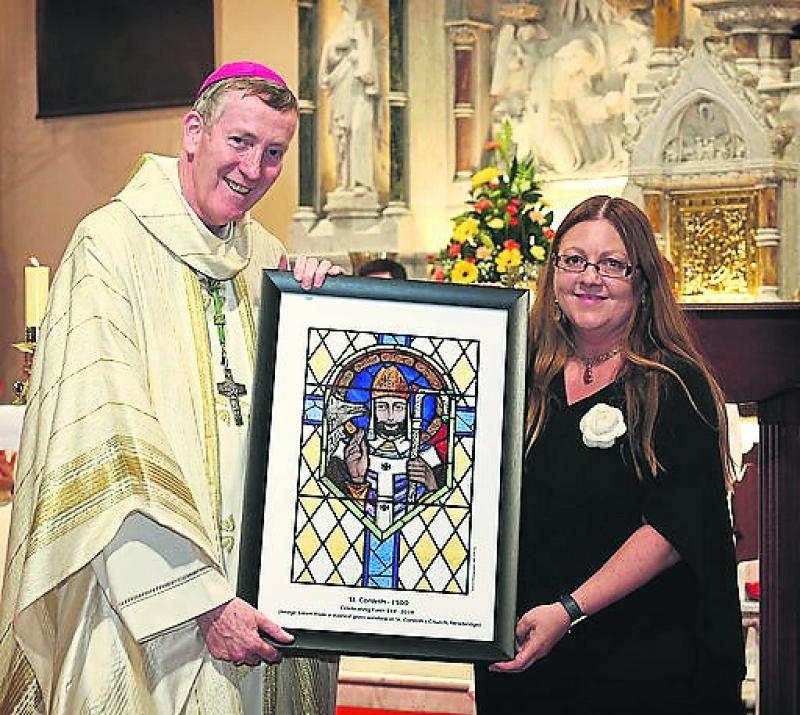 The May Bank Holiday weekend saw the culmination of the celebrations in Saint Conleth’s Parish Newbridge marking the 1,500th anniversary of the death of St Conleth, the first Bishop of Kildare and patron saint of both Newbridge Parish and the diocese of Kildare and Leighlin.

St Conleth died on May 4 519 and 1500 year’s later, the people of the parish of Newbridge came together on his feast day to mark the anniversary of his death and to celebrate the vibrant parish life that exists in Newbridge.

The weekend of celebrations began with Mass on Saturday, May 4, in St Conleth’s Parish Church, Newbridge. Bishop Denis Nulty was the principal celebrant. The Mass, which was concelebrated by priests and religious from the parish and from the diocese, was attended by more than 700 people with many of the ministries and services of the parish represented in the opening procession and throughout the Mass. Local students and staff were also involved as well as the young people preparing for First Holy Communion.

One of the highlights of the Mass was the reading of a special papal message from Pope Francis which was received for the St Conleth 1500 celebrations.

The message said: "His Holiness Pope Francis was pleased to learn of the celebration marking the fifteen-hundredth anniversary of the death of Saint Conleth, patron and first Bishop of Kildare, and he sends prayerful greetings to the you and to the priests, consecrated men and women and lay faithful of the diocese.”

In his homily Bishop Nulty said: “The important message is the life Conleth led and the legacy he left behind, a legacy we live out of and celebrate this night.”

At the end of the Mass Bishop Nulty was presented with an image of a piece of the stained glass from St Conleth’s parish church which depicts Saint Conleth.

On Sunday, May 5, a pilgrim walk took place from the parish church out to Old Connell where it is said Conleth lived in seclusion. In years gone by on the Sunday after St Conleth's Day a pilgrimage would place from the parish church in Newbridge to Old Connell, about two miles outside the town. This pilgrimage was revived this year and more than 80 people took part in the walk to what is now an historic graveyard where a short prayer service and blessing of the graves took place. Historian Paul Cooke gave an overview of the stories of some of those who are buried in the graveyard.

The celebrations concluded on Monday when the novena welcomed the Papal Nuncio to Ireland, Archbishop Jude Thaddeus Okolo.