KILDARE BEER COLUMN: Dunnes is using its loaf with a waste-reducing beer

Brewin up a Storm 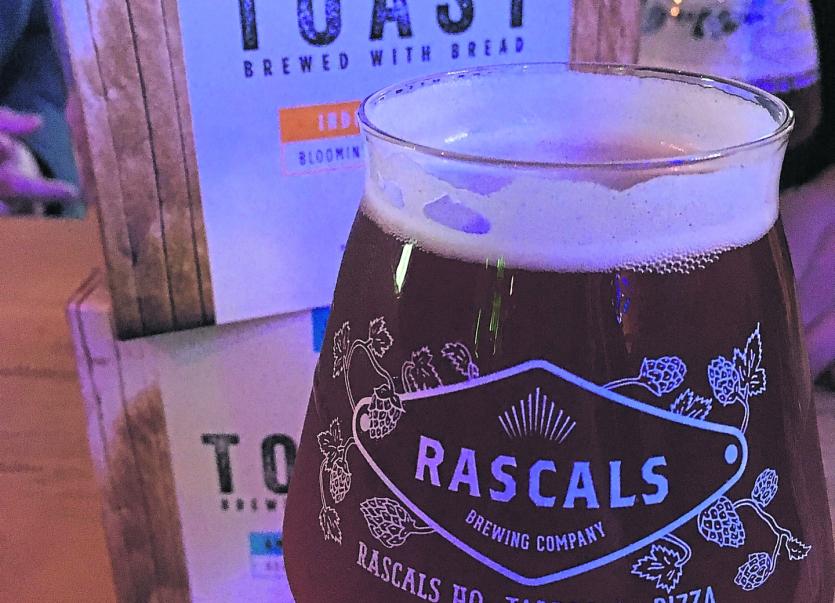 Last week saw the launch of an Irish version of the Toast Ale beer project in Dunnes Stores.

Toast Ale was established in 2016 to help find a solution to global bread waste. The biggest impact on the environment is the production of food, yet one third of all food produced is surplus to requirements.

Bread is a huge part of this waste. In the UK, 44% of all bread that is produced is not eaten — that is 24 million slices every day.

Toast Ale understands that, to reduce waste, the first thing to do is to stop overproducing. If that doesn’t work the surplus should be redistributed to feed people, then animals. At a last point in the scale, this food waste should be made into compost, but this contributes greenhouse gases to the atmospher, adding to climate change.

Therefore, Toast Ale’s ethos is to develop a product that can add value to this bread waste, and create a profit that can be redistributed to help the planet. To do this, the company developed a recipe that replaces one third of the grain used in the production of beer with surplus bread.

Since setting up three years ago, the company has reused one million slices of bread, avoided emissions of 32.1t of CO2 through the reduction of the use of barley and preventing bread from going to landfill, reduced water consumption that would have been used to grow barley and other grains and donated £25,000 to food charities.

The company does not own a brewery, but contract brews their beers in breweries around the world. They are now brewing in six countries — the UK, USA, Brazil, South Africa, Iceland, and the newest venture is in Ireland.

The project in Ireland is in partnership with Dunnes Stores. The surplus bread from Dunnes supermarkets is transported to Rascals brewing facilities in Inchicore, where is it is used to make beer developed by the Toast Ale master brewer. We think that this project is an interesting way to reduce surplus bread waste in Ireland and, according to CEO Rob Wilson, the company is proving that the project makes a difference in each of the countries in relation to Toast Ale’s four principles.

They are currently brewing two styles of beer for Dunnes Stores; an India Pale Ale called Blooming’ Lovely at 6% abv and an American Pale Ale called Born And Bread at 5% abv. Both beers are very well made.

The bread addition gives the beer a smooth mouth-feel and a lovely nutty flavour profile.

Rob Wilson stated that the lovely thing about brewing in different countries is that all the beers are unique to the country because of the type of bread that is used, the water and the remaining grain bill that is used.

In the Irish beers the hops are well balanced, and both beers have the refreshing, thirst quenching aspects you would expect from an APA and IPA.

They are being sold in 330ml, four-pack cans. So why not do something to reduce bread waste, lower CO2 emissions and help society and try them out next time you’re in Dunnes Stores or on your next visit to Rascals Brewing company?