KILDARE CYCLING COLUMN: Cycling and your brain — the benefits 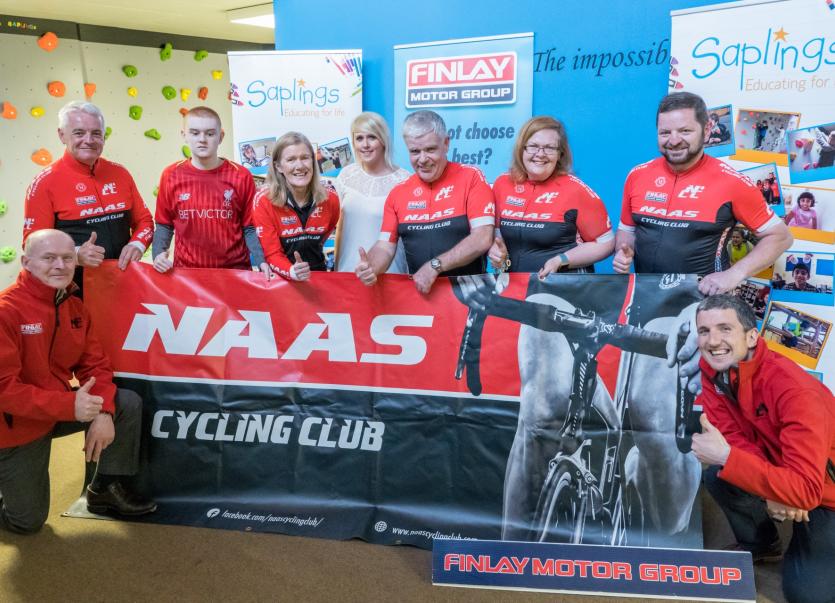 I was reading the rather excellent Casqutte.co.uk website the other day and came across a great article on the health benefits of cycling.

Before I go any further, I should say that Casquette is all about women’s cycling. It’s got great production values and great articles and insight into the women’s scene.

Anyway, this wasn’t one of those pieces that says you’ll lose a few pounds and your cardio health will improve.

This was quite the scientific tome, and all the better for it, and in particular it looked at the mental health benefits rather than the physical.

I should say that all of these articles about the health benefits of exercise, that is, health of any kind and exercise of any kind, come against the background of an avoidable but generally ignored reality.

That is: our bodies were designed to be capable of doing something that society strives everyday to have it avoid doing, namely, to move, lift, pull, carry, push and much else besides.

It is not designed for sitting around on our backsides typing on computers or getting around in cars or buses or trains by doing more sitting.

And like with any machine that is not used as per its design, it will malfunction.

While many would say that regular exercise will make us fitter, the essential point being missed is that it is actually just restores us to a level of fitness we’re designed to have.

Anyway, back to the Casquette piece, it was talking about ADHD, dementia and depression.

The author interviewed Dr Fang Yu, an associate professor at the University of Minnesota, who discovered that patients with Alzheimer’s respond to rehabilitation involving aerobic exercise.

In fact, many showed improved cognition, with her study proving that, over a six-month period, cognition stayed the same in a group of Alzheimer’s patients who rode stationary bikes for 150 minutes per week, where usually it would have declined, the article explained.

The science of it is that exercise increases the levels of a protein called brain-deprived neuropathic factor (BDNF) which helps to preserve existing neurons and encourages more to generate.

Dr Yang also proved that regular aerobic exercise makes the brain bigger, helping to slow memory decline that occurs as we get older.

“There is a biological process going on that underpins cognitive function,” Dr Yu says. “What we do physically affects what we’re able to do mentally.”

The piece moves to the issue of ADHD and referenced the fact that Mike Sinyard, otherwise known as Mr Specialized, has used cycling to deal with his own, and his son’s ADHD.

He established the Specialized Foundation which works with Stanford Medical School “to better understand the effects of cycling on brain function and cognition in children with ADHD”.

Their aim is to move the medical world towards prescribing more cycling and less drugs.

Mike Sinyard was moved to act after reading an article in Bicycling Magazine called ‘Riding Is My Ritalin’.

The piece, from 2010, was about Adam Leibovitz who was diagnosed very young with ADHD and had, through his teens, come to the conclusion that his love of cycling was doing more for his condition than Ritalin, the drug he was being prescribed to treat it.

He also discovered that there was science, from real academic scientists, to back up his hunch.

As a result he took the decision to let, as the title suggested, riding his bike be his ritalin.

I should, in the interests of not leading anyone astray, explain that at that time he was a young man training quite a lot to get himself into the professional ranks — so if you’re a weekend warrior and you’re thinking of giving this a go, I’d advise against ditching the medication without speaking to your doc first.

From the article: “The most accepted theory about ADHD is that it’s largely caused by a deficit of neurotransmitters, which relay signals to and from the basal ganglia. Ritalin works by boosting the concentration of two neurotransmitters: dopamine and norepinephrine.

Adam’s training most likely caused his body to produce the same effect.

“A bout of exercise is like taking a little bit of Prozac and a little bit of Ritalin,” says John Ratey of Harvard Medical School professor who has treated and studied ADHD for more than 20 years.

Doctors also concluded that the exercises that is best for ADHD are cycling, running and swimming instead of soccer or hockey which need quick bursts of energy.

In the Casquette article, the author Emily Chapelle, who works as a courier in London and did the Transcontinental Race in 2016, wonders about those who didn’t find ever lasting stillness of the mind on a bike, like Marco Pantani or Luis Ocana who won the Tour de France but died by suicide at the age of 48.

She concludes that while cycling is extremely beneficial and generally a wonderful thing, it is be to treated in moderation.

You can get too much of a good thing.