KILDARE OPINION: The many battles to tick the ballot box 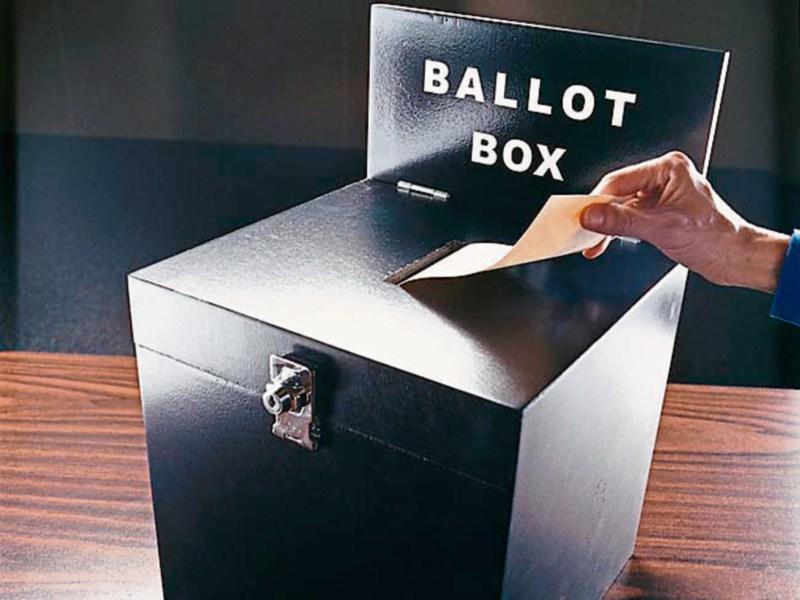 The debate over whether ticking a name or names on a ballot paper can change much is a constant for us. But whatever its use in the modern context, the battles — and there were many — for the right to vote, to tick a box on a ballot paper; to have some say in the society in which one lives; to have a role in the type of electoral contest we will experience here on May 24 was hard fought for, judging by the history of reform in Britian of which we were a part for so long.

Brexit has drawn extra attention on the House of Parliament in the UK, a body, like our Dáil, which we probably take for granted.

Recently, thanks to the Naas branch of Barker and Jones’ ‘out of print books’ section, I came across Thereby Hangs A Tale, by Charles Earle Funk — a book about the origin of words themselves.

The term “ballot”, he said, originally meant “little ball” which comes from the Italian “ballotta”. It came into usage because a former method of voting was through the use of a small ball — white or black — dropped secretly into a container. In ancient Athens judges used balls to give verdicts.

According to an excellent publication, The History of the Parliamentary Franchise, (Research Paper 13/14), published by the UK House of Commons Library (and available online), voting was once a very public affair, done with a show of hands. Very few adults had a legal right to vote.

While the word “parliament” was first used in the 1200s, its members were an elite group surrounding the king. The main qualification for the right to vote was the ownership of property — usually vast amounts of it.

Some say the modern Irish and British electoral system started with the Great Reform Act of 1832. In fact, there were over ten Acts in subsequent years, each increasing the number and sectors of society allowed to vote, gradually increasing the proportion of adults legally entitled to the franchise.

In the UK, it was only in 1928 that men and women had an equal right to vote. A 1918 Act brought to 50% the proportion of the adult population (men aged 21 or over) entitled to cast a ballot. But that Act only allowed women aged 30 or over to vote.

At most turns, the reigning powers tried to block reform towards votes for all adults. However, one pro-reform MP took his own life after his vote for reform — against his party's wishes — in the run up to the 1832 Act being passed.

Despite its importance, many felt the 1832 Act did little for the lower classes. It increased the electorate (those entitled to vote) to just 3% in 1833.

Up to an 1872 act votes were cast by a “public show of hands”. In 1831, there was an attempt to introduce a secret ballot on the basis that corruption and intimidation were rife but it did not pass. It was not until the Ballot Act of 1872 that secrecy was introduced. In 1870, a House of Commons select committe found that, in municipal elections “many voters would not vote unless paid, sometimes in drink tickets rather than cash, and rioting often took place on polling day.” It recommended not only secret balloting, but also the closing of pubs on polling days, and the banning of pub rooms as election committee rooms.

Reintroduced the next year it was passed “with little enthusiasm” by the two Houses.

By 1906, there were 500 voters in Worcester, mainly of the “needy and loafing classes”. Something had indeed changed.