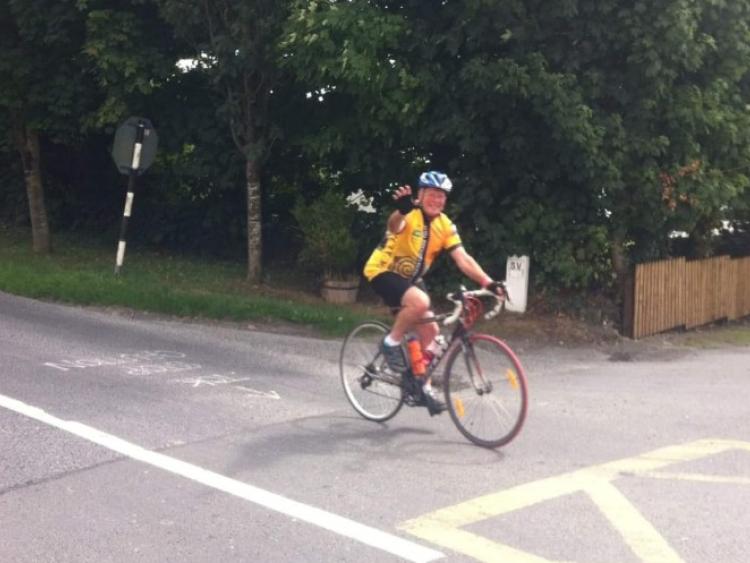 Dominic Nugent on his bike which was stolen earlier today

A well known and popular Maynooth man had his bicycle stolen earlier today when he left it outside the post office in the town.

Dominic Nugent, who will be well known from his many years of service at Maynooth Boys Primary School, was in the post office at some point between noon and 1.15. It's estimated he spent as little as three minutes in the post office. The bike was left outside.

His family say the bike is his "pride and joy".

He has had the bike for several years, completing thousands of kilometres including the 400kms Galway Cycle on many occasions. He also uses it for day to day commuting. For those who know their bicycles, it was an aluminum Felt, with Shimano 105 groupset. It is mainly black with white and red stripes and white handlebar tape.

It's understood that gardai are investigating and are seeking CCTV footage from that part of the main street of Maynooth.

His son Mark, who is also well known in cycling and GAA circles in the town, took to Facebook to appeal to the thief or thieves.