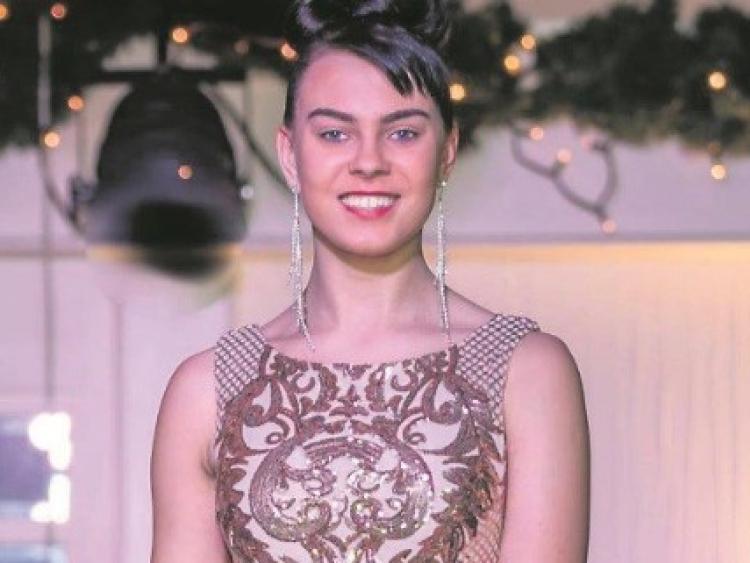 Schoolgirl Anastasia Kriegel had a noose made from blue tape wrapped around her neck and appeared to be trying to pull it away, the garda who discovered her body has told the Central Criminal Court trial of the two boys accused of her murder.
A doctor who formally pronounced the 14-year-old Kildare schoolgirl dead said  she may have been pulled or dragged by the material around her neck.
The accused, who are both 14, cannot be named because they are minors. They have each pleaded not guilty to murdering Anastasia at Glenwood House, Laraghcon, Clonee Road, Lucan on 14th May last year. Boy A is further charged with the 14-year-old’s aggravated sexual assault in a manner that involved serious violence to her. He has also pleaded not guilty to that count.

Garda search specialist Sgt Declan Birchall told prosecuting counsel Brendan Grehan SC that he and four colleagues went out on the afternoon of May 17, 2018 to search parklands and derelict buildings close to where the 14-year-old Kildare schoolgirl had last been seen. His colleague Sgt Sean White alerted him to a possible find at Glenwood House, telling him he may have found something but it might be a mannequin.

Sgt Birchall entered the house to the rear and found himself in an old kitchen. The building was in disrepair with sections of the roof missing and extensive damage from fires that had been lit over the years. There was rubbish and debris throughout. He walked up two steps into a corridor which was again extensively damaged. "It was really dangerous," Sgt Birchall said.
Down the corridor was a toilet and to the right was a doorway with no door looking into what has been referred to as Room 1. Inside Room 1 were two windows which were boarded up. One of the boards had a small hole big enough to put your head through and from this came the only source of light in the narrow, fire-damaged room. Standing at the door Sgt Birchall saw the body of a young girl naked but for a pair of black socks. She was lying on her back with her feet facing the door and her head towards the opening in the window. He thought something was covering her face and as he got closer he realised it was her hair, which was matted with blood. He could see blood from her nose and mouth. Her head was tilted back and there was what he described as a ligature, a blue tie, blue adhesive tape or a noose around her neck. She had three fingers inside it as if she was pulling it away from her neck, he said. Her neck was tilted as though it had been pulled back, he added, and her right arm was completely outstretched.
She showed no signs of life and from the condition of the body Sgt Birchall presumed she was dead. Looking around the room he noted a black hooded top with white script, a pair of shoes and shorts. Detective Garda Eoin Conway later photographed the scene and told Mr Grehan that among the items photographed was a piece of timber and a concrete block which had blood on them. He also photographed blood on one wall up to the level of the windows. He pointed out items of clothing which he listed as two black boots, a white bra, a black hoodie with white lettering and a pair of black hot-pants or shorts,
Dr Muhammad Ghaffar told Mr Grehan that he officially pronounced death later that day. When he arrived at the scene he saw the body of a young girl lying on her back. She had something tied around her neck but it wasn't tight. Her face was covered in blood and there was blood on her hair. She had multiple bruises including to her thighs. Her mouth was open and he could see blood inside it.

By the way her neck was pulled back he said it was "possible" that someone had pulled or dragged her by the material around her neck. He pronounced her dead at 14.19 on May 17, 2018.
The trial continues in front of Justice Paul McDermott and a jury of eight men and four women.