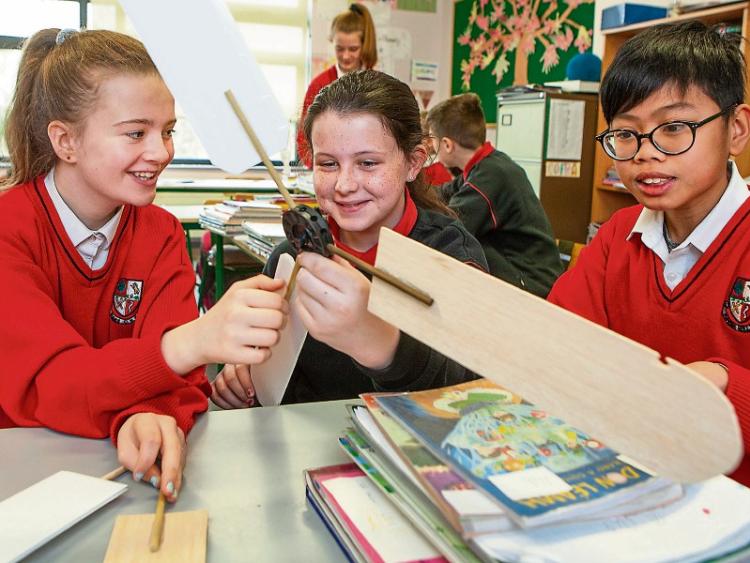 Fifth and sixth class pupils Alex, Ellie and RM with their turbine

Some 100 students from a Naas school saw at first hand the power and potential of wind as a power source during a renewable energy event held at their school.

The pupils from Naas Community National School hosted a visit by LearnRenewables, a community education organisation based in Dundalk IT. They worked together to build model turbines and discussed the role of renewable energy in Ireland, its role in climate change and the potential to produce clean energy for their homes and school.

They also learned about the move away from fossil fuels and the potential of wind energy in Ireland.

The visit was sponsored by the Irish Wind Energy Association (IWEA) which is committed to the promotion and education of wind energy issues and plays a leading role in the areas of conference organisation, lobbying and policy development in Ireland.

The IWEA is based at Millennium Park in Naas.

It is is committed to promoting the use of wind energy in Ireland and beyond.