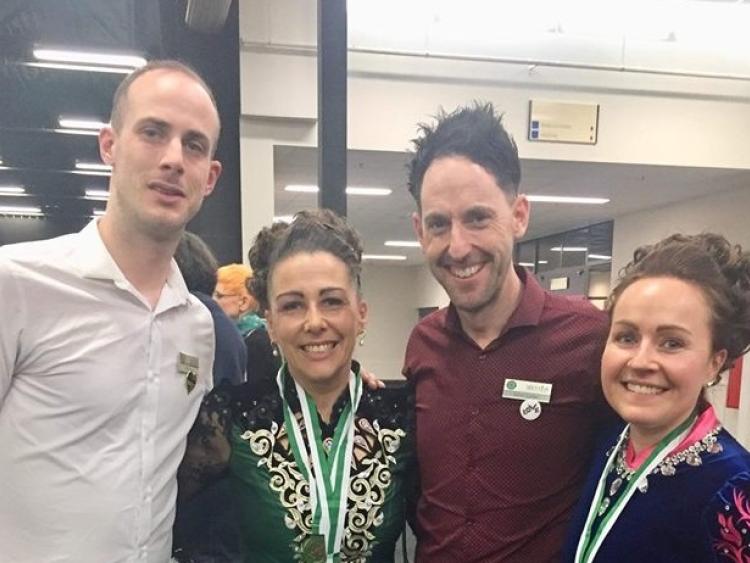 Rathangan's Rachel Doyle and Evelyn Page and Athy's Theresa Aldridge and Martina Foley have scooped a number of world titles in Eindhoven in the Netherlands.

The Emerald Lakes Academy of Irish Dance have left the WIDA World Irish Dance Championships 'reeling' after claiming 15 World Globes at The Koningshof Arena in Vedhoven including the coveted world title for the World Show Championship in Irish Dance Drama. Caoimhe Strickland was also crowned world champion Under 9 for 2019 in solo dancing.

The 33 strong dance group with ages ranging from 7 years of age to 67 years of age departed Rochfortbridge on Wednesday April 17 to compete against 28 countries at the the most diverse and international of World Irish Dance Championships in the World.

WIDA, which is the World Irish Dance Association, offers the only family inclusive irish dance experience in the world, hence the thounsands of entries from across the world each year and from its affiliate school in Westmeath.

The victorious team from Emerald Lakes which includes the Emerald Lakes TTC Group supported by the local community gave outstanding performances in both solo, team and Irish Dance Drama at the World Championships over the five days in Einhoven.

Emerald Lakes qualified in all categories and impressed the judges so much so that they won hundreds of awards including four World Globe 1st place titles and 11 more world Globe podium places in the world championships with 10 Premiership podium places.

A heatwave struck mainland Europe during the championships with temperatures soaring during the day but that did not deter the Emerald Lakes Academy.

Emerald Lakes qualified into the finals with two spectacular show pieces which were rehearsed for intensely at Mullingar Charity variety Group Premises at Forest Park in Mullingar before they left for Eindhoven.

Their Team A was based on the Chronicles of Naria with an epic piece of Irish dance, drama and a strong storyline and intricate Irish dance, which wowed the judges to that overall third place in the finals with a team of Alba Trigo Lyster, Kayleigh Strickland, Leila Trigo Lyster, Naoise Strickland, Allan Fitzgerald, Caoimhe Strickland, Brianna Fitzgerald, Diana Wakefield, Katie Mangan, Diana Wakefield, Amy Devany and James Taylor.

Emerald Lakes Team B gave a most unique piece which left not only the audience in tears but the adjudicators also. This showpiece had created an unusual wave of emotion and reaction from across the arena.

The storyline was based on mental health awarness and was entitled I am Me' - Fix you, Fix me and really hit home a strong message which everyone could relate to.

This was a deeply thought out piece of drama and choreography as 17 face masked dancers made their way on stage. What was to follow was the wave of emotion as the dance unfolded from a dark beginning to a most beautiful but emotional and tearful finish.

The reaction from the host country and competing countries was one of awe as Emerald Lakes Team B scooped top marks from all five adjudicators and crowned World Champions 2019.

The team have returned home to great celebrations and triumph.

Kevin Lyster, along with one of his former dancers, Philip Hynes have led Emerald Lakes to be the most successful Irish dance schools at the 2019 World Championships.

The school known as The Lakes have taken the world by storm to maintain their No.1 spot in the world as the most successful Irish Dance School in WIDA along with Irish Dance Spirit from Minsk in Belarus.

Kevin wishes to thank all of the local businesses who supported their endeavours in bringing teams and theatrical productions to the world championships. Kevin says the local community and businesses have helped and assisted them to bring home 15 World Globes in 2019. 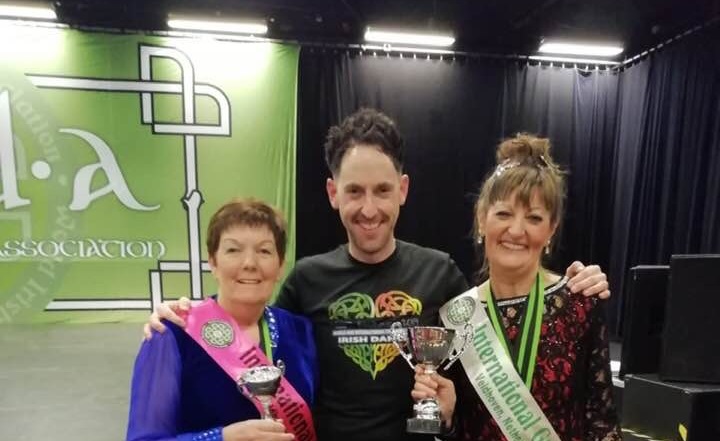