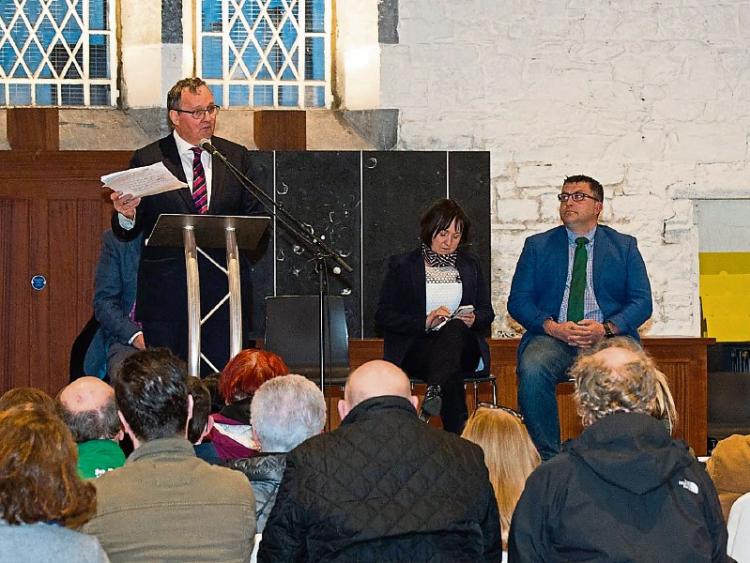 Noel Heavey speaking at the meeting

A public meeting was organised by Noel Heavey, Fianna Fáil candidate for the Newbridge Municipal District in Newbridge Town Hall on Friday April 12.

Issues addressed on the night were informed by a survey Heavey conducted as part of his campaign launch last month.

“The issues which emerged as of primary importance for the local community included anti-social behaviour, traffic and commuting and a centre for young people,” he said.

After questions were taken from the floor, issues were discussed and closing remarks delivered, Mr Heavey pledged to work with the people, to listen to their concerns and problems and act as a conduit for solutions if elected to the county council.

Voting for the Kildare County Council election takes place on Friday May 24.

The full list of politicians running for election will not be available until after May 5 — the deadline by which all candidates have to lodge their declarations with Kildare County Council.