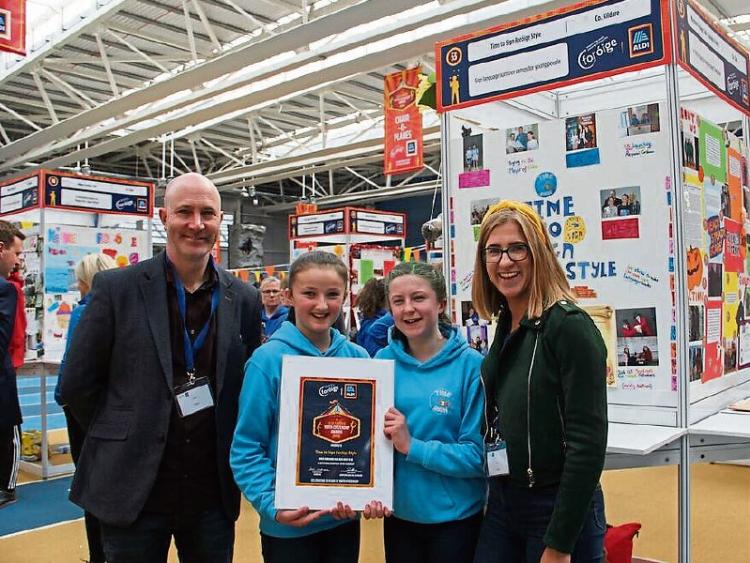 A Time to Sign Foróige Style, based in Kildare town, was one of six social action projects from Kildare that took part in the Aldi Foróige Youth Citizenship Awards in the National Indoor Arena, Blanchardstown, Dublin, on Saturday, April 13.

The group were inspired to learn sign language so they could communicate with people who are deaf in their school and community. They researched courses, but soon realised they were either too expensive or aimed at adults.

To promote their summer-camps they made a Youtube video with Lucy Kennedy’s Golden Buzzer act from Ireland’s Got Talent – Sharon and Brandon Webb, who are also their neighbours.

In the video, they sign the words as the Webbs sing You Are the Reason by Calum Scott which was a huge hit with the judges and presenter of the TV talent show.

The club was run with the help of youth group The Hive before it was taken over by Foróige because of its popularity. Both girls were made youth leaders and were on hand to attend the youth awards and receive their certificate of achievement last week.