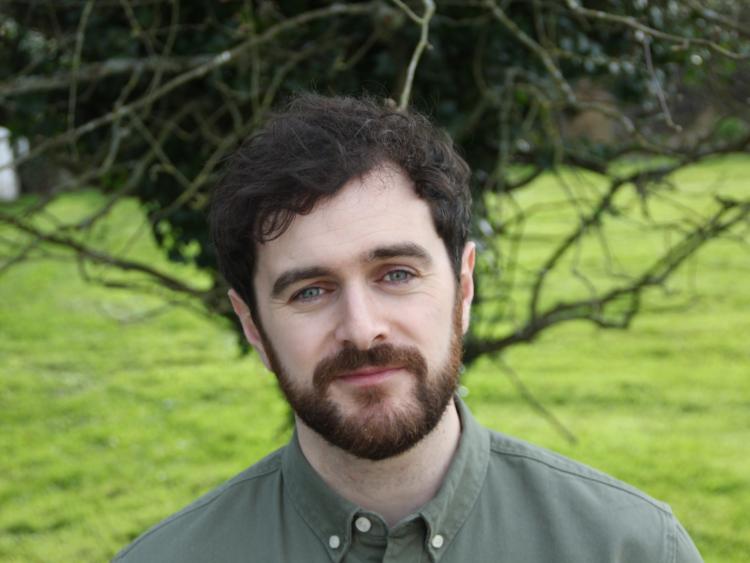 Donadea resident Eoin Hallissey has been selected as the Green Party candidate for the Clane District in May's Local Elections.

Born and raised in Dublin, he now lives near Donadea Forest with fiancé Ashleigh, a native, and their dog Ispín. He is a founder of the Donadea Ploggers forest clean up group, a dog lover and a keen cyclist.

He credits his involvement with Kildare Together for Yes with convincing him to pursue political change.

As a Green candidate, the climate and environment are high on his agenda.

"I think anybody running for any office in 2019 needs to commit to protecting the environment. The council has the potential to do so much good here, and the Development Plan reflects that, but we need strong voices who will prioritise these
issues every day and not push them to the back of the queue," he said.

He believes the Clane area needs improved transport links to train stations at Sallins, Kilcock and Maynooth. He says safe cycling infrastructure and regular, affordable buses would reduce the traffic log jam and solve parking issues at the
stations.

"Like so many people in Kildare, I am a commuter. We shouldn't accept that endless traffic is our norm. It's not good for us or for our planet, so we need measures to make that commute less painful. Clane and its surrounding area is badly served at
the minute, with poor transport links and all traffic seeming to funnel into the one road. We need better infrastructure to make it easy for people to make choices which benefit them and the environment," he added.

"A mother in Clane described the cycle lane there as a 'death trap' to me and it’s hard to disagree. Despite being just 5km from Sallins train station, cycling is not an option for many there because the road is not fit for purpose."

The Green Party has been vocal on wildlife matters, strongly opposing the government’s Heritage Bill, which allowed for longer periods of hedgerow cutting and upland burning, in 2018.

"Kildare has a green identity, yet we haven’t had a Green Party councillor for ten years. We need a strong council to ensure we don't sleepwalk into becoming another suburb of Dublin. We have wonderful green spaces here and they need to be protected. If I am elected, protect Kildare’s environment will be to the fore in everything I do," he concluded.