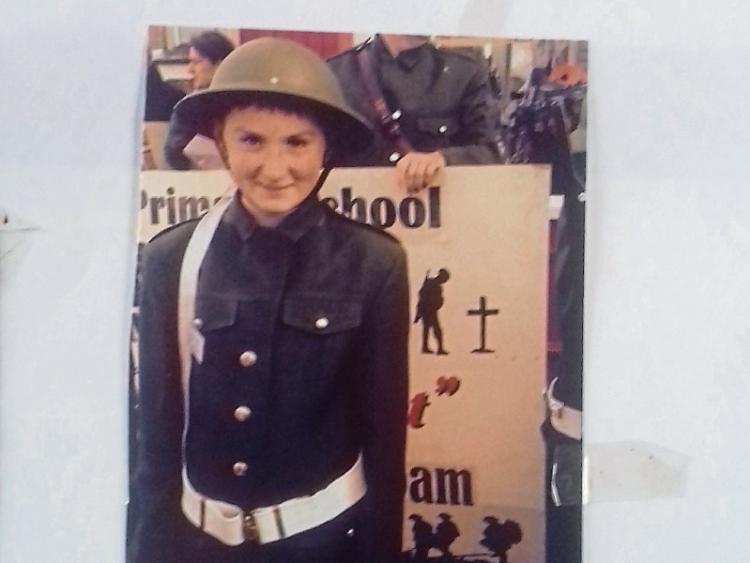 Plaques dedicated to two local men who died in the first World War were recently unveiled in Milltown.

Patrick Fenneral from Barronstown and Thomas Walsh from Sunnyside were recently honoured as part of a Day of Remembrance for the Irish lives lost in the First World War, which lasted from 1914 until 1918.

Speaking at the event, historian James Durney, who unveiled the plaque, said Fenneral and Walsh were among the “two women and 749 Kildare men” who perished during the war.

“One hundred years on we can examine with pride, the lives and legacies of those in Milltown and the rest of County Kildare and Ireland, who lived and died through the most turbulent period of Irish history,” he said.

He added that it was important to remember those who had survived the war, including Thomas Walsh’s brother Patrick.

Mr Durney told the crowd gathered at the Church of St. Brigid, Milltown, that World War 1 was “a tragic and unnecessary conflict” that “tormented the emotional and physical lives of millions” of people.

“There was hardly a house in any town or village in the county which was not affected by the turmoil of the early 20th century” he said.

Patrick Fenneral served with 8th battalion of the Royal Inniskilling Fusiliers and was killed in action at Ypres, Belgium on August 18, 1917 aged 22.

Thomas Walsh, who served with the Royal Navy Reserve, died on June 13, 1918 when he fell from a ship while being brought to hospital for appendicitis. He was 20 years old.

Fenneral and Walsh are survived by their descendants, some of whom attended the remembrance ceremony. Michael Walsh, Thomas Walsh’s grandnephew, along with great grandnieces Laura and Kate Halford took part in the ceremony, placing wreaths on his plaque.

The plaques, which were blessed by Fr Willie Byrne, were donated by local man Jim O’Connor.

There was a large turnout on the day and music on the day was provided by Martin Hickey on the bagpipes.