KILDARE BEER COLUMN: Let the beer warm up for the best taste 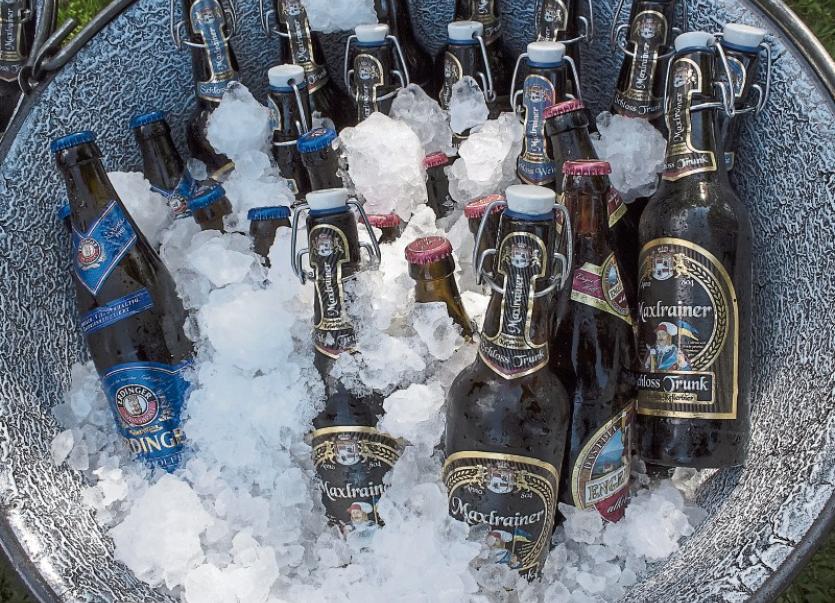 Fizzy thirst-quenching ice-cold beer on a hot day is one of life's simple pleasures. Sometimes for a beer to be good, it needs to be little more than very cold and fizzy.

Yet, at these lower temperatures, it is often impossible to appreciate the full flavour of a beer. In a study from 2005, researchers in Belgium’s Katholieke Universiteit Leuven found that people taste things more intensely when the temperature of food or fluid increases; the temperature triggers microscopic pathways in our taste buds to send a stronger electrical signal to the brain resulting in enhanced taste.

The reverse of this holds true, lower temperature mute the intensity of flavours. The scientist noted, “The clearest example for sweet taste is ice-cream. Ice-cream does not taste sweet when it is frozen but only when we melt it in the mouth. On the other hand, melted ice-cream is very hard to drink because it is extremely sweet.”

So cooling beers to very low temperatures between 1-4 degrees Celsius impairs the drinker’s ability to taste the beer but as the beer warms up in the glass or as we drink it and body temperature warms the beer, the malt sweetness underneath the bitter hop flavours becomes more intense.

As a general rule of thumb, if you want to taste more of the bitter flavours or the sweetness or complexity in a beer, serve it closer to room temperature. While, if you are drinking a beer with little complexity or that you don’t much like the flavour of, serve it as cold as a polar bear’s nose.

This research on how temperature affects flavour perception can be seen in action if we look at Guinness Extra Cold which is served at a chilly 3.5 °C rather than the regular 6 °C that draft Guinness pours at.

This super chilled stout doesn’t sit well with traditional Guinness drinkers in Ireland who enjoy a full flavoured pint but it introduced stout to a new audience who found dark flavoursome beers more appealing at the lower temperature and perceived the Guinness as tasting creamier and less bitter when poured a couple of degrees colder.

Temperature is also an important consideration when storing beers. Beers will keep fresher in cool dark places. Keeping beer, especially those in bottles, away from sunlight will prevent them becoming light-struck, a phenomenon which occurs when light-sensitive hops are exposed to too much UV rays, which results in a skunk-like aroma. Records show that brewers first documented this issue as far back as 1875.

While beer packaged in cans avoids the possibility of being light-struck, keeping either bottled or canned beers out of direct sunlight will spare them from temperature fluctuations associated with direct sunlight and will keep them tasting great.

For quick and easy enjoyment, it is essential to have a well-stocked fridge. This is convenient for enjoying a perfectly cooled beer at home. yet refrigeration has a major role to play in keeping beer in good condition on its journey from the brewery to our glasses.

Many breweries know the benefits of keeping their beer at a consistently cool temperature to insure they reach the consumer in peak condition. The chilly environment will preserve the intense aroma of hops in a freshly brewed beer and even before brewing, hops will be stored in cold rooms to keep them as aromatic as possible.

So next time you crack open a well-chilled brew, it is worth bearing in mind that drinking beer straight from the fridge may impair the full enjoyment of its flavours.

We recommend experimenting to find the best temperature for your preferred brew by pouring more flavourful beers into a nice stemmed balloon glass and let them open up for a while.

Keep in mind that the warmer a beer is, the longer it sits in your glass, while the flavours will become more perceptible, the beer will lose its zingy carbonation faster.