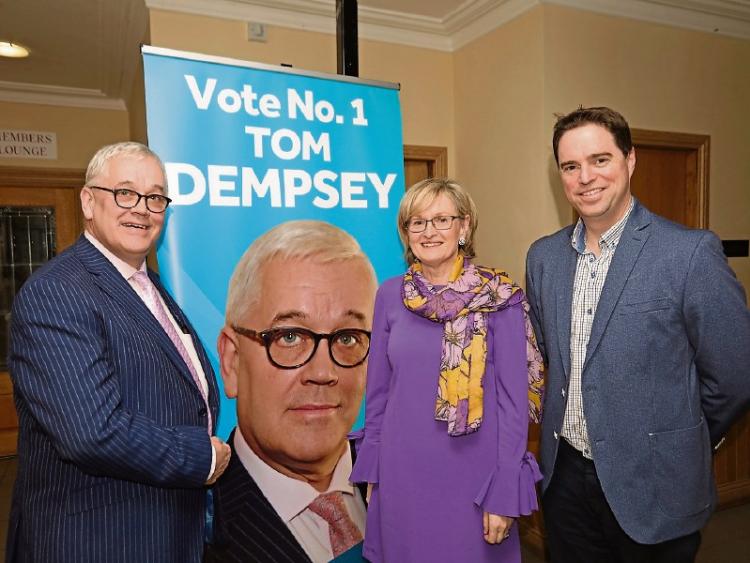 One of three Fine Gael local election candidates for the Newbridge Municipal District, Tom Dempsey launched his campaign with passion, style, determination and no little humour on Friday, March 29.

Former councillor Michael ‘Spike’ Nolan entertained the attendance at Ryston with stories from his past political journey before introducing Tom.

If elected, Tom said he will hold KCC to task regarding the provision of necessary infrastructure to facilitate sustainable development of Newbridge.

He said he will work with like-minded councillors to encourage provision of much needed social and affordable housing. Another priority is to seek provision of quality broadband to rural areas not covered currently. Other issues include tackling the problems of drug addiction, begging and anti-social behaviour in Newbridge.

He plans to encourage the provision of necessary structured services for people with addiction problems. Tom explained that he is passionate regarding encouraging young talent in our community.