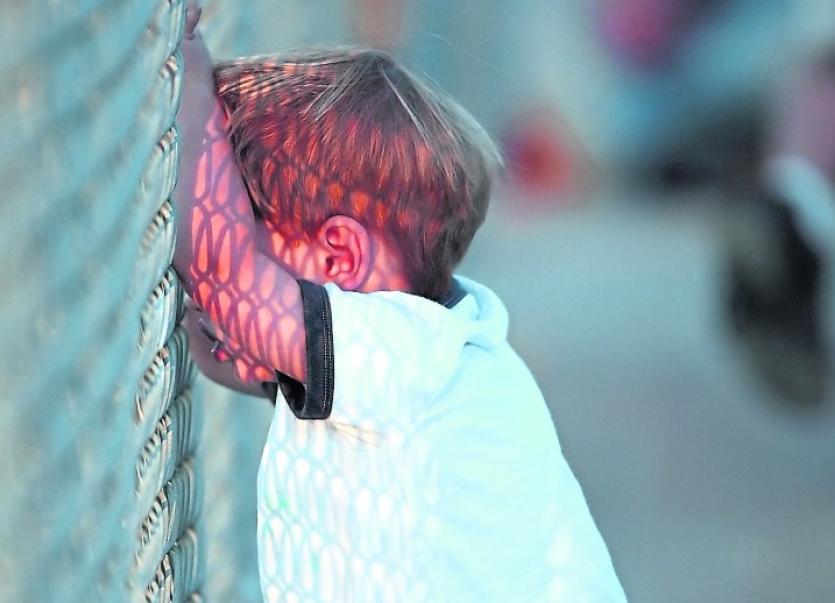 Unlimited food and running around in front of the stand is better than the actual game for most kids PICTURE: File photo Via Pixabay

If you’re a regular reader of this column you will know I’m a big GAA supporter. I love my club and I love my county.

I’ve been keenly following the latter in the Allianz Football League since it got underway last month. So too have Aidan and Sarah, but bringing them along to a match can be a bit like bringing them to a restaurant.

At first I think it’s a great idea but then realise I’ve had better ideas when I’ve got there!

To be fair to Aidan he’s way better at games than his little sister is. She’s not mad, mind you, but she doesn’t really have a massive interest in sitting down and watching 30 men chasing a round bit of leather for 70 minutes!

She’s not disruptive at games but sitting still wouldn’t be top of her agenda.

She much prefers to scope out the crowd and find a little girl who looks to be a similar age to herself. She normally marches up to whoever she finds, asks her to be her friend and then spends the remainder of the game running around with her new best friend at the front of the stand.

It suits me fine; she’s happy and I get to watch the match. From time to time she will pop back to her seat, look out onto the field and shout out “that’s the spirit” and “you can do it” and off she goes again.

Aidan has way more interest in what’s going on on the field. He can be very animated about it too.

Each point and goal is greeted with celebrations that mimic ones you’d do if your team won the All-Ireland!

He loves to keep a keen eye on the scoreboard and remind me every 30 seconds what the score is. Oh, and he’s been learning Amhrán na bhFiann in school so he’s absolutely delighted that he can now sing along with the masses before throw in.

So while he is reasonably good at games, it’s a big ask to expect a five-year-old to sit down for over 70 minutes considering he’s been made to sit five days a week in school before that.

I’ve learned that feeding them both almost the whole way through a game is one way of allowing me to watch the match in peace.

I’m the stereotypical GAA supporter now; I head off to games with a bag of ham sandwiches and any other snack I can get my hands on before leaving the house.

The bag is always stuffed to the gills with ‘hang’ sandwiches, rice cakes, fruit, while I bribe them throughout the first half with a trip to the shop for a bar of chocolate at half time.

They are always so full of sanwiches and other stuff that luckily I don’t have to face in to the queues for chip van.

Last weekend, my county were playing away from home at a venue some three hours away. I have a friend from that area, so we decided to make a weekend of it and head down for the night and add in a spot of visiting too.

Despite being away from home, I still managed to head off with the big bag of food. However, Sarah was unable to locate herself a new friend this time, so she had to be content with just the food.

She, and her brother, were also quite intrigued by the man sitting two rows behind us. In fact both of them spend the entire game staring at him rather than looking at the game. They thought he was hilarous.

I, however, thought he was anything but. Again, if you are a regular reader of this column you’ll know I am anything but a prude. This fella took the proverbial biscuit, though. Even the best-mannered folk can easily let a few choice words at a game. I know I do.

I felt like turning round and punching him in the face, but he was so vicious I thought better of it.

The referee was a “Dublin c**t”, most of the opposition players were a “pack of c***ts” and for a time when things weren’t going their way, even the players he was meant to be supporting were “useless c**ts”.

My kids did not need to be hearing such language. The f-word is bad enough but I totally and utterly despise the c-word. It’s just so so vulgar.

But hear it they did. It’s all they heard and they were fixated by the rude pig behind us.

“What’s wrong with him?” asked Aidan. “I don’t know but just ignore him,” I replied as I tried to distract him by asking him to check the scoreboard again.

My little man couldn’t understand why your man was so angry at a mere football match.

He then asked me if we should offer your man a sandwich but I advised him against it.

Meanwhile, Sarah was running up and down in the front row of the stand where we were sitting. I assumed she had gotten over staring at the angry man behind us but I was wrong. Oh so wrong.

“Mammy, what is a c**t?” she asked at the top of her voice. I wanted the ground to open up a swallow me and I was also angry that she was subjected to that terrible word at a football match.

I attempted to fob her off and move on swiftly but she was having none of it. “Just tell me what a c**t is,” she roared at the top of her voice.

At that point Aidan announced he wanted to go to the toilet. Trying to watch the game and calm Sarah down, I told him to pop down to the loo under the stand and do his business. Your man behind us was mid-rant at the time so Aidan was forced to shout at me.

“No mam, I need you to come because I am going to do a poo and I will need you to wipe my bum,” he shouted. I could hear the people around me giggling and we headed off to the toilet. I was relieved to be getting away from the fella behind and escape the interrogation from Sarah to be quite honest.

I’ll be back in two weeks, folks — until then!