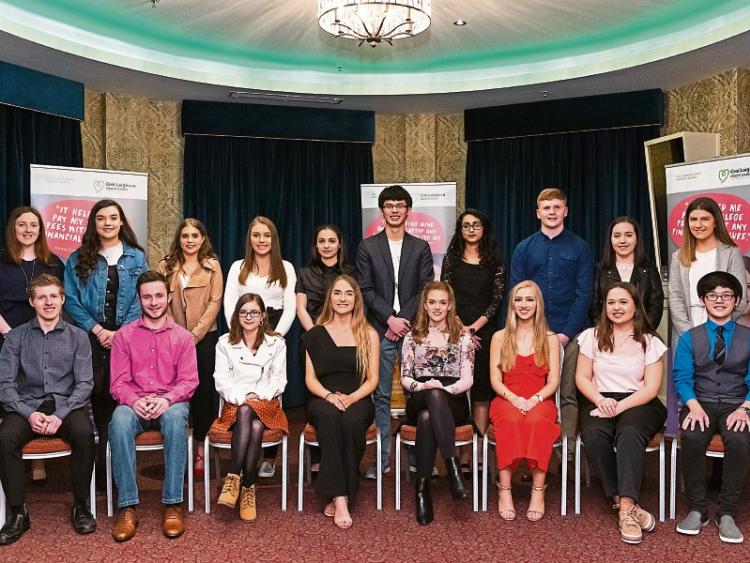 The winners were announced on Friday, March 8, at a gala awards night in the Westgrove Hotel, Clane.

On the night 18 student finalists and their families/friends attended to celebrate the achievements of the students and hear from previous bursary winners about the positive impact winning the prize has had on their college lives.

Paul Kennedy, CEO of Croí Laighean Credit Union, said: “Our bursary panel met 18 secondary school students who have achieved so much in their secondary school life. They showed a passion and flair for various sports and hobbies which made choosing two winners very difficult for the panel.”

The overall winners, Nathan and Lauren, will each receive €6,000 towards their third-level education, over three years.

“We are delighted for Nathan and Lauren who impressed the judges with their commitment to school, their hobbies and interests and their involvement in the community,” said Paul.

Croí Laighean Credit Union is very proud of the Pat Jones Student Bursary, which has been in operation for seven years and has contributed over €75,000 to students in the common bond. Over the years, the bursary has had a hugely positive impact on the students who win.

For some, it has allowed them to go to college when otherwise it might have been difficult financially and for others, it offers them the opportunity to live on campus and contribute more fully to college life.