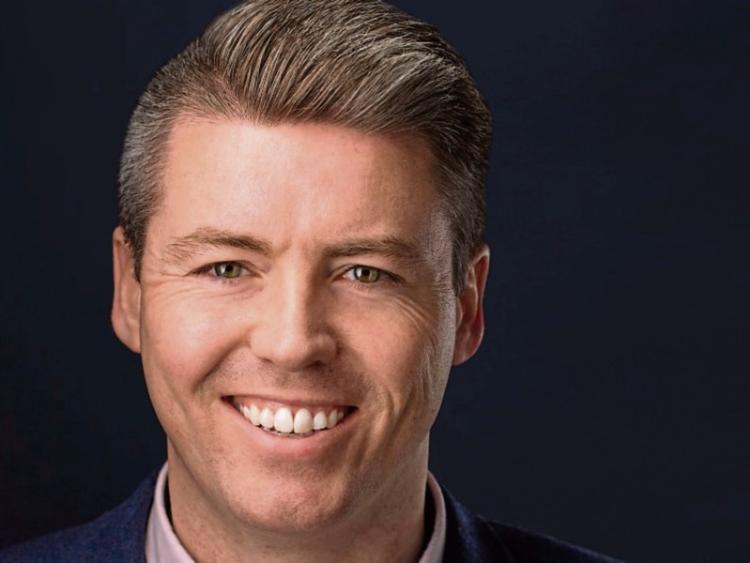 Monasterevin native and Fine Gael local election candidate Kevin Duffy is on a mission to give back to his home town if he wins a council seat this May.

Kevin, who returned home after ten years in Australia just two years ago, said his parents Louis and Sadie instilled a sense of community in him. They both have lived and worked in the town for over 45 years and have been active in the community over the years.

“Growing up in the town, I attend both primary and

secondary school in Monasterevin before attending University at Waterford Institute of Technology,” said Kevin who completed a degree in Architectural Technology and a Masters of Construction Project

“Following my studies, I travelled to Sydney, Australia where I worked in the Australian property and construction industry for ten years. In 2016, I and my wife Lisa-Marie and our young family Hamish, 5, and Edith, 2, relocated back to Monasterevin.”

They purchased and restored Hiberian house, formerly the Bank of Ireland on Main street and only a few doors up from where Kevin grew up.

“We are pleased to back living in Monasterevin close to our families and in a community that has so much to offer,”he added.

“It has often been the subject of discussion that Monasterevin is a tight-knit community with significant potential but has suffered due to the lack of local representation in the county council.”

Kevin believes Monasterevin has been disadvantaged on the political arena for some time now and cites issues with the long delays for the new secondary school as one example.

“I want to contribute back to the town,” he said, “I was fortunate enough to grow up here and get a good education and now it is my turn to give back.”

He adds that he is highly motivated and excited about the opportunity to represent and serve the community if chosen in the local elections.

“I am hoping to be able to draw on the experience of local members and community groups to ensure that Monasterevin receives correct representation at the local level,” he said.