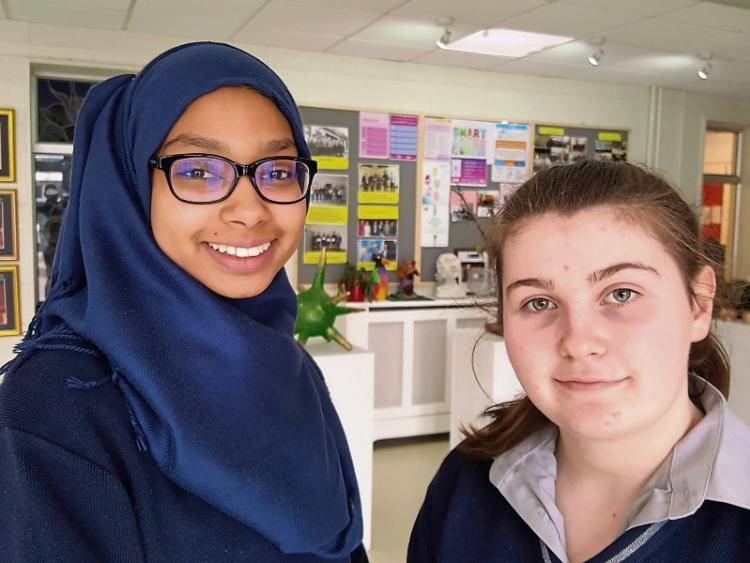 Recently they were in the Big Apple to attend the United Nations Conference on the Status of Women.

The pair won the trip in a Department of Justice and Equality sponsored competition on “Why Politics Needs Women.”

The rules required they produced a video of no more than 90 seconds — no mean feat.

The video, shot on a Canon EOS C100 cinema camera, won the national competition and the prize was this amazing once-in-a-lifetime trip to New York.

Teachers, David Gorry and Sinead Ronan, accompanied the students on the visit.

For Athena, whose grandparents are Italian, women still need to break the “glass ceiling.”

She wants to do film studies at third level and has made a good start with various short films made with help from Kildare Young Filmmakers. he also has an interest in geology.

Iman, whose parents came from Sudan to Ireland in 2000, said a lot of young people are engaged with gender equality. “It was great to see so many nationalities in the same place,” said Iman, who would like a career in government and politics.

They were impressed by the Irish ambassador to the United Nations, Geraldine Byrne Nasan, who chaired the main session.

The party stayed at the Fitzpatrick Hotel, five minutes walk from the United Nations building.