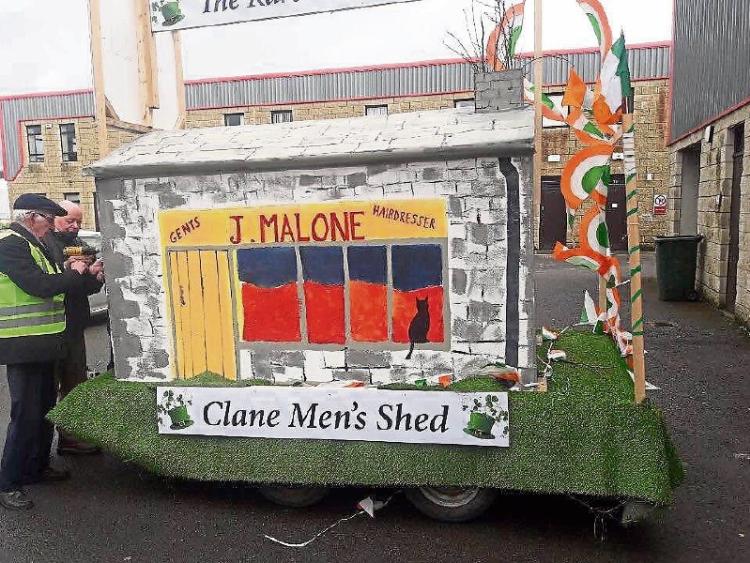 A famous Clane business was in the limelight recently when a model of its building appeared on the Men’s Shed float in the St Patrick’s Day parade in the town.

Malone’s Barber shop was at the heart of the Clane community for many years.

The stone-walled slated roof structure with a shop front was located in the centre of the village and is the subject of many paintings and photographs.

As a barber shop, it was operated by Jim Malone, affectionately known to his clientele as “Skinner Malone.” He was also the sacristan and was responsible for the Clane angelus bell every day at noon and 6pm.

Men’s Shed spokesperson Ted Murray said many a man was left in the middle of a haircut while Jim attended to his duties. “Those were the times that were in it — who cared, he was doing God’s work.”

“This was the heart of the community for men from here to Allenwood and beyond. Every big celebration in a man’s life involves a visit to the barber. Christenings, communions, confirmations, weddings and funerals were all kicked off with a good haircut and by God, that’s what you got in Skinner Malone’s,” said Ted.

The barber shop, which provided an important social service at the time along with haircuts, draws parallels with what the Men’s Shed is about today — a place where men gather to shoot the breeze, to catch up on the local news and to have a bit of craic.