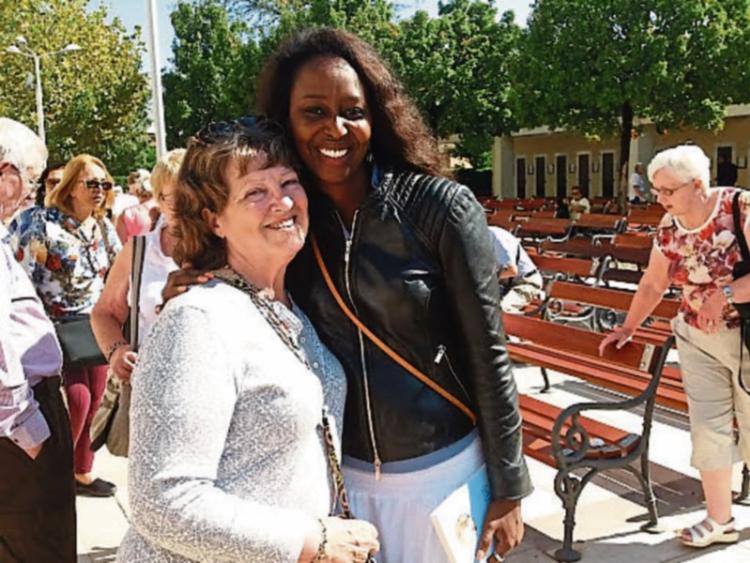 Ann McDonald from Campion Cresent in Kildare town made her first life changing visit to Medjugorje over 30 years ago.

Since then she has been organising trips from Kildare town, taking local groups to the spiritual spot in Bosnia and Herzegovina on an annual basis.

“My first visit to Medjugorje was September 1986. Little did I know then that I would still be taking groups over 30 years later including several family members and close friends. During those years I have met some wonderful people who have been healed in Medjugorje due to hurts from bereavement,” she said.

According to Ann, a pilgrimage to Medjugorje is a full religious programme with an itinerary for each day. People can choose what they want to take part in.
There are talks given by the visionaries and very inspiring talks by local priests in Medjugorje’s Icon of Divine Mercy.

“One woman had lost three sons in accidents and another couple had lost a little girl. When pilgrims arrive in Medjugorje they experience a peace because Our Lady has been appearing since 1981 as ‘The Queen of Peace’. Many times our group, along with several thousand pilgrims, were on Mount Podbrdo or Apparition Hill for Our Lady’s apparition.
The only way I can describe this experience is from a few lines of a verse that I wrote: ‘When Pilgrims respond to this Divine Call; You can see in their faces the joy of the Lord; For the Love of our Dear Mother has called them here; To spread the Message of Medjugorje for all to hear’.”