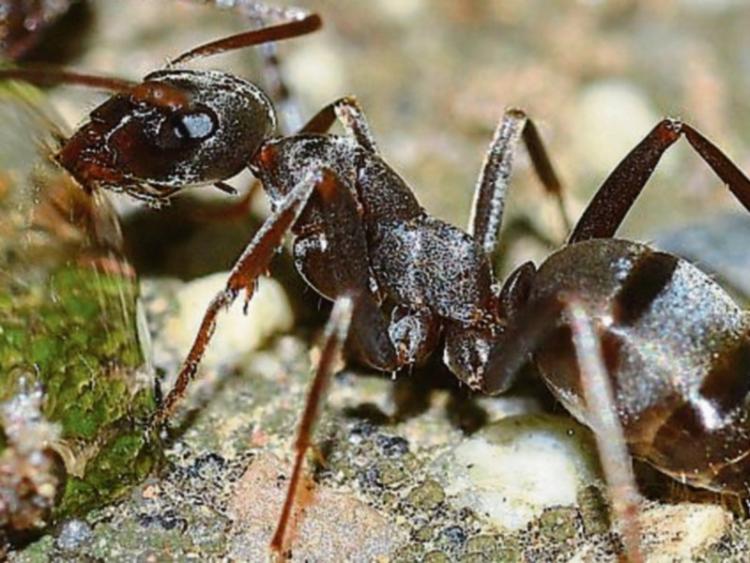 Kildare has had the fourth highest ant call outs so far this year due to warmer winter temperatures, according to Rentokil.

The pest control provider recorded a significant increase (35%) in ant callouts between January – February, when compared with the same period last year.

"While ants typically present a problem during summertime, Ireland’s record-breaking high temperatures this winter saw a rise in the number of homes and businesses experiencing infestations from these annoying pests," it said.

"Met Éireann reported this winter as the hottest on record for two-thirds of weather stations across Ireland. Rentokil predicts that as Irish winters grow warmer as a result of climate change, there will be further increases in callouts for infestations of warm weather pests during this period. Dublin was accountable for the highest number of callouts for ants between January and February, with 28% of all callouts. Cork (18%), Kerry (16%) and Kildare (8%) were the next counties most affected."

Richard Faulkner, Technical Field Consultant for Rentokil said: “While we typically receive most of our callouts for ants during summertime, the unusually warm winter has resulted in increased infestations of this pest earlier in the year. Ants typically travel in a wide range in the search for food, and if they enter your premises they can quickly become a nuisance. Some ants will lay down a pheromone trail to a food source. This chemical attracts other ants, who cluster in the area, so a small problem can grow into a much larger one very rapidly. One sign to look out for would be small piles of earth around holes in soil, and at the base of exterior walls, which indicate their nests.”

Richard Faulkner shares his advice on how to prevent the presence of ants in your home or business:

- Clear up food and liquid spillages immediately.
- Sweep up any food crumbs from under your kitchen appliances and units.
- Store your food in airtight containers wherever possible.
- If you have a pet, clear away any food that isn’t eaten straight away.
- Block off the entry points for ants by sealing all cracks and crevices around your doors and window frames.
- In the garden, keep your compost enclosed and make sure all rubbish bins have tightly sealed lids.