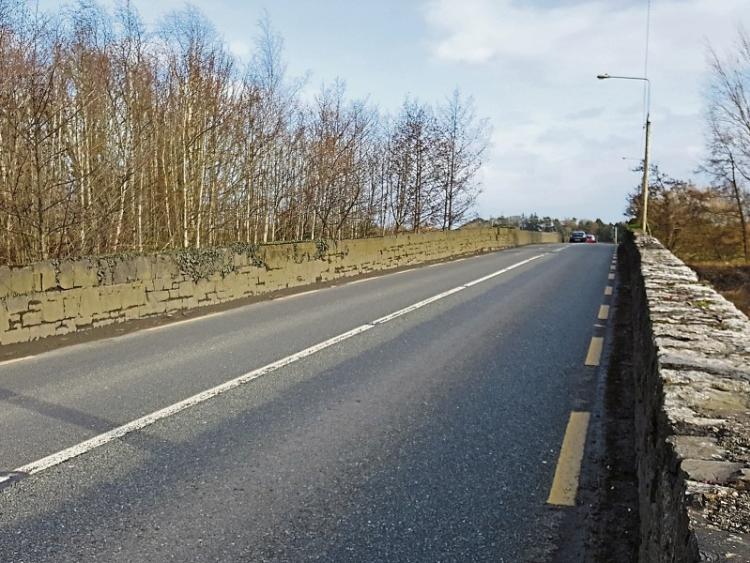 The busy Alexandra bridge was one of a number of locations which were the focus of some attention during the oral hearing into Bord na Mona's application for an extension to its waste management facility at Drehid.

Behind the debates was the argument that the increased traffic will add to the bills to be met by Kildare County Council to maintain the roads in the area.

The bridge is on one of the haul routes going to and from the Drehid facility on the R403 road.

It runs through Kilcullen, Sallins, Clane, Prosperous and Allenwood.

In its submission to Bord Pleanala last week, the council said that it had safety concerns.

It said that the narrow geometry as the road crosses Alexandra may lead to conflcit with other road users.

The council also said that the bridge is not suitable for further heavy goods traffic.

It also said HGVs have to make a sharp 90 degree turn in the centre of Clane putting vulnerable road users at risk.

The council is seeking major funds in development contributions but Bord na Mona will be arguing that not all of the HGV traffic in the area is related to its operation at Drehid.

The council has recommended to An Bord Pleanala that when it makes its ruling, it should state that heavy good vehilces are not allowed to use this route. It recommends, instead, that another route, called haul route 1.2 , is used instead. This routes on the L2002 joins the R403 at Firmount Cross, but says the junction is not suitable for heavy trucks.