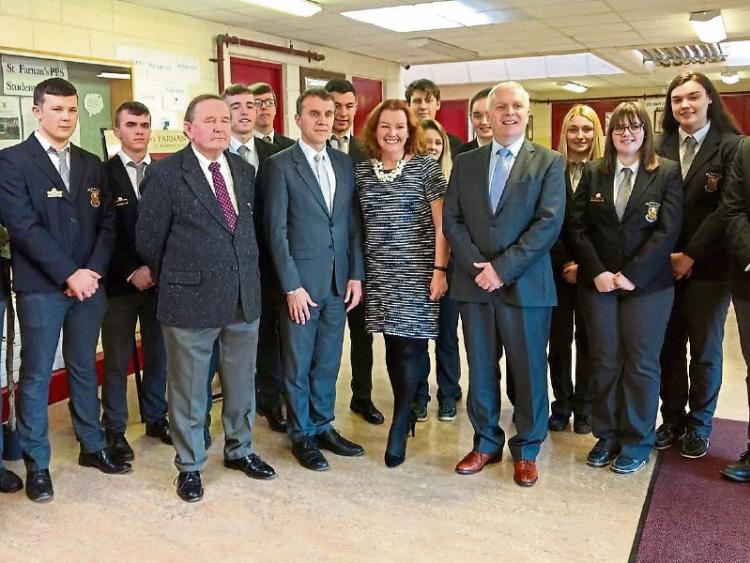 The French Ambassador to Ireland was welcomed at St Farnan’s Post Primary in Prosperous on March 11.

The visit came after Tanya Flanagan, head of modern languages in St Farnan’s, was awarded the prestigious title of Chevalier dans l’Ordre des Palmes Académiques by the French government at the French embassy in Dublin for her work in the area of language teaching and the promotion of language learning in Ireland.

She invited the French ambassador to Ireland, Stéphane Crouzat, to visit the school.

The ambassador was greeted by the school’s senior prefects.

He met principal, Eddie Collins, and the chair of the school’s board of management, Brendan Weld.

He was treated to an excellent performance from the school’s traditional music group.

Six students made a presentation in French (spoken by 300 million people in 50 countries) and Polish, the latter in honour of the ambassador’s Polish heritage.

Ms Flanagan thanked him for coming during the celebration of La Francophonie March.

Mr Collins said they were very proud of Ms Flanagan and the award she had received from the French government.

Mr Crouzat complimented the warm welcome he had received from the students and staff.

He complimented her on her dedication to language teaching both in St Farnan’s outside of her school life.