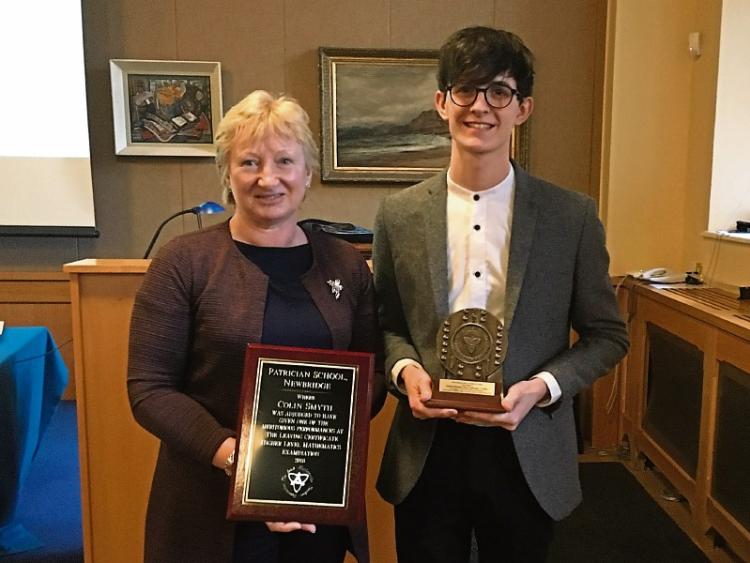 Colin Smyth from Patrician Secondary School was presented with a Most Meritorious Award for his achievements in the Leaving Cert Maths exam 2018.

This means he had the highest result in the subject in Ireland. The awards ceremony took place at Maynooth University on the last weekend in February.

During his time as a student at the Patricians, Colin was part of the teams who won the Pi Maths quiz in third year and in the same year he won the All Ireland Junior Problem Solving Competition. He went on to win the regional final with the senior Applied Maths team and finished second in last year’s All Ireland Senior Maths Final.