Their efforts have received the approval of the President ceie 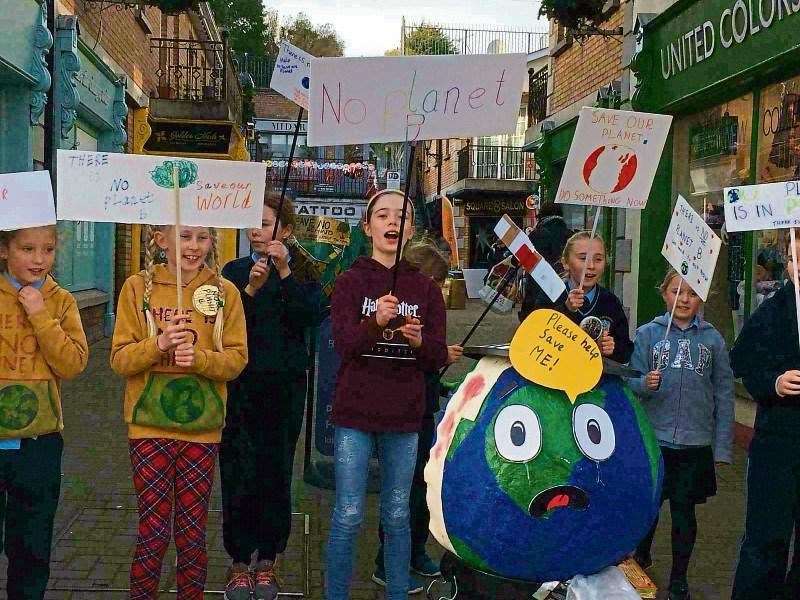 A group of fourth class girls have launched a campaign to raise awareness of climate change.

Their No Planet B club came about late last year when best friends Ruby-Jo Cowdell and Isabella Lee-Miller discovered they both had a strong interest in climate change prevention.

And on Valentine’s Day the No Planet B club was officially launched in Dross Evolution in the Moat Mall, Naas.

Ruby-Jo, just 10, also addressed 150 people at the Afri Feile Bride, Peace, Justice and Sustainability conference in Kildare town to talk about climate change along with Meagan Carmody of Friends of the Earth. Energised by their new-found knowledge and mutual passion, they decided to have their joint 10th birthday party at the Cool Planet Experience in Enniskerry, sending invitations requesting their friends to help them save the world and to ‘carpool’ to the party. On the day of the party, they wore matching “There is no Planet B” sweaters.

Instead of the typical party bags, they gave their friends plants. These spider plants were specially selected as they reduce carbon dioxide in the household and were planted in compostable pots.

Nearly all of their fourth class at the Mercy Convent primary school, Naas, have signed up for the club.

They have also received a letter of support from President Michael D Higgins and launched a website www.noplanetbnaas.com