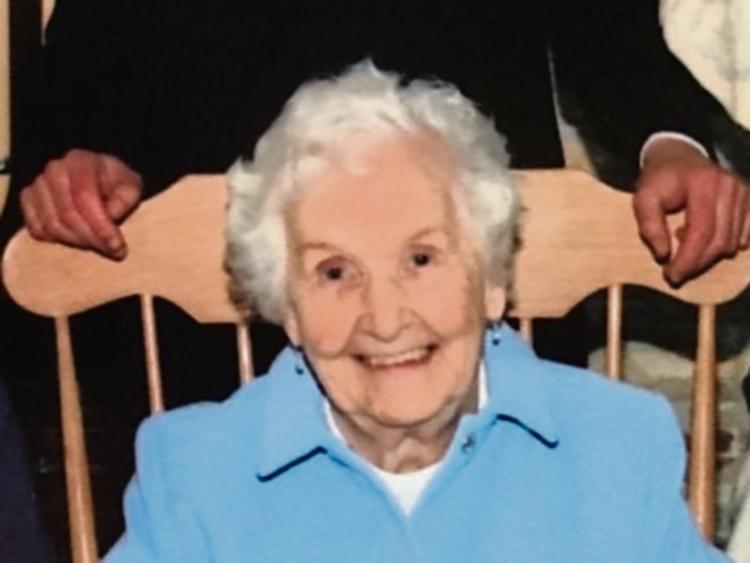 At 82, Ann Holland’s death was a shock to family and close friends – despite the fact that for over 38 years, she had lived with and fought cancer. She will be remembered as a beautiful, warm, caring person, and elegant too.

Born in Sandymount, Dublin in 1936, young Ann met Michael Holland in Inco dry cleaners where they both worked. They married in 1956 and lived initially in the UK before returning to live in Walkinstown. Michael’s employment with Lyons Tea saw them move to Douglas, Cork, then to Marley Grange, Rathfarnham before the final move to Golden Falls, Ballymore Eustace in March, 1979 (the year of the Pope’s visit).

Ann was a full-time home maker/mum but after experiencing cancer, she became a volunteer with the Irish Breast Cancer Society. Ann was a vital support in the voluntary cog of the ICS in Co Kildare, as she visited and spoke with other women experiencing breast cancer, and supported them through treatment and therapy (Ann continued her voluntary work during the ‘80s and early ‘90s).

Ann was a member of BME ICA, the St Vincent de Paul Society and worked in Vincent’s Shop on Chapel Street; she and the late Michael were both members of the Church choir and the Holland family were great supporters of all things in BME – from GAA to the Community Development Association, of which Michael was a member, and he also managed the BME Bugle at one stage too. Ann was an avid reader too, and notably, a TV soap fan!

Michael sadly died three years ago, and Ann’s passing came just one week shy of his third anniversary. “Her death came as a great shock” said her son, John, “even though she was diagnosed with right lung cancer before Christmas”.

She was blessed with close friends who continued to visit and support her after Michael’s death.

“She had wonderful friends, and none more so than Kay Kavanagh, John the Butcher Murphy, Tracey O’Connor and neighbour John White — we are very grateful to all her friends and acquaintances who visited mum at home in recent years. Our thanks also to Monsignor Wilson for his support and kindness throughout the funeral service and arrangements, and to the staff of St Brigid’s Hospice.”

Many people commented on the lovely photos displayed of BME ICA celebrations which included a happy, smiling Ann. The photos had been published in the Leinster Leader and were taken by the late Jim Gaffney, RIP, a renowned Naas photographer with a lifetime association to the newspaper.