A KILDARE MAN IN LONDON: Scattered to the wind now our refuge is gone 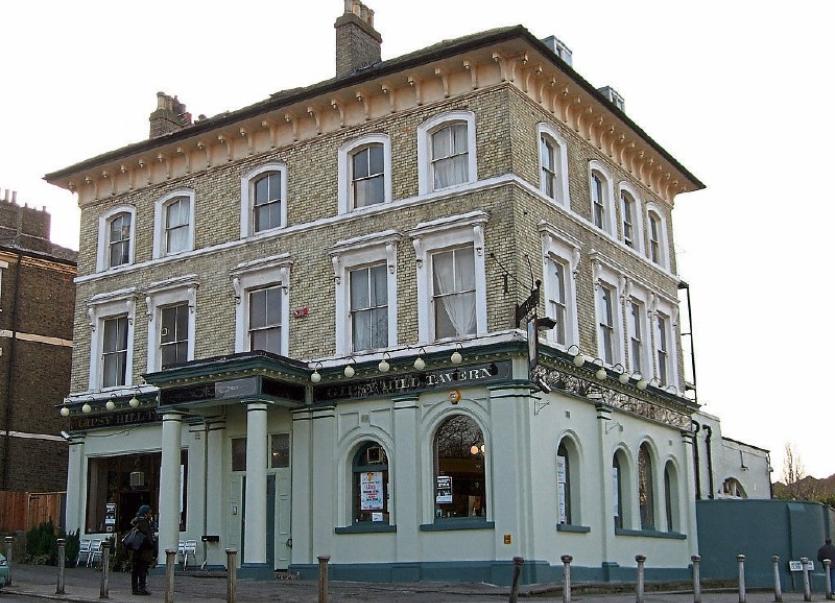 Like many places in Ireland, pubs in London have been closing at a quickening rate and one among that number is my old local — The Gipsy Hill Tavern.

This Irish-run establishment was just a short walk from where I live in Crystal Palace, and I’m feeling the pinch of its passing, both on a personal level and in that way you suddenly realise something was vital.

Pubs have always been important in my life, probably because hours of meaningful and meaningless conversation is my favourite waste of time.

The writer and publican Billy Keane once countered protests over rising pub prices by pointing out that you’d be hard pressed to buy three to four hours of the kind of entertainment a pub offers, for less than twenty quid.

I guess that depends on your company, but then my profession has always lent itself to the pub.

“Trust me, it’s where you’ll find your best stories”.

And while I can’t immediately think of moments of great inspiration sparked by the Gipsy Hill Tavern, the pub was a lifesaver if RTÉ ever wanted a quick reaction piece to a UK general election or yet another Boris Johnson gaffe.

But like the best pubs, the place was essential to its community, which was a a mix of native Londoners and Irish drinkers tempted in by the lure of weekend GAA and the establishment’s critical element — its landlord.

Frank Hennelly from near Gort in Galway was a veteran of the bar game in both New York and Boston before coming to London.

Charmingly gruff, big hearted and with an arsenal of great stories, one of the first times I met Frank, he was leaving the pub for a cigarette while at the same time scolding a dog sat on one of the pub’s old sofas.

By the time Frank returned from his cigarette, the dog had pulled all the foam out of the couch.

Frank was stopped dead by the scene, called the dog a heap of names through a half-smile and continued on.

I enjoyed the irreverence of the place.

But as the months passed, I’d wonder why Frank ever left for a cigarette in the first place, because no one seemed to adhere to the smoking ban once darkness descended.

One year, Frank brought Leighton Aspell — the two-time Grand National winner from Kilcullen — up from Pulborough to run a Cheltenham Preview Night.

I asked Frank if he had a PA system, and he mischievously produced a solitary microphone.

I was doing some freelance work with Sky Sports at the time, and Frank asked if I could give a hand on the night.

No problem, I said.

But a couple of days later when I passed the pub, there was a sign in the window advertising the appearance of Aspell, but as part of what sounded like a Sky Sports roadshow.

It was venue spilling with schemes and strokes, and people identified each other by county more than by name.

So many days I’d wander off the street into the kitchen and make a cup of tea.

And it was often a place full of charming calamity.

The night Robbie Brady scored late for Ireland to beat Italy in the Euros, Frank had mistakenly made a commitment to a local brass band who needed the pub space for a rehearsal.

I can still hear the din of trombone and tuba, and the two disparate groups somehow co-existed against the backdrop of one of Ireland’s finest sporting hours.

From memory, Frank was out of sight smoking somewhere.

Another afternoon, I came from the funeral of someone very close to me, intending to the escape into Ireland v New Zealand in the rugby, only to be summoned to help behind the bar for the half-time rush.

It ended up being the perfect tonic.

There was a pointed Kildare presence in the place too, with Jimmy Byrne from Monasterevin, Big Joe from the Meath side of Kilcock and connections with The Round Towers GAA club, which has a long tradition of Kildare/London links.

But I’ve long come to the conclusion that in London at least, the singular most important element to any good pub is a good landlord, and, in that regard, Frank was the glue that held together all these characters and moments and facilitated so much nonsense and laughter.

But unlike other statistics, it wasn’t the economy or changing tastes that closed the Gipsy Hill as we knew it, but Frank’s decision to retire.

We wished him well, but we’ve been scattered to the wind ever since.

Robert Mulhern is a London based journalist contracted to RTE's The Documentary on One. To email him, contact mulhernrobert@hotmail.com