KILDARE PARENTING COLUMN: GAA disco tunes spark memories of ‘back in my day’ 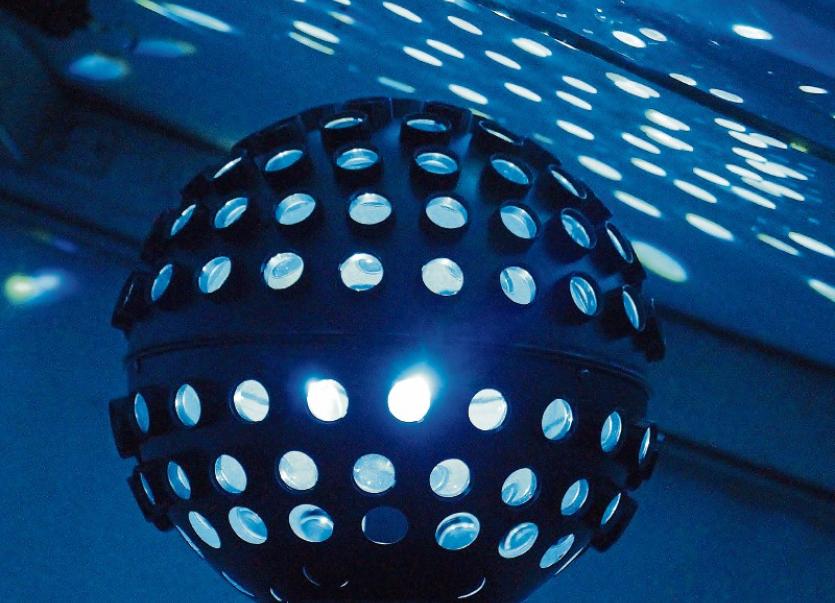 I'm not up for pounding the disco dancefloor to Vengaboys these days!

As I stood at the entrance I could hear We Like to Party by the Vengaboys blaring out over the speakers.

“Myself and your mammy used to dance to this at the disco back in the day,” said your man taking the money at the door to Sarah and Aidan.

The latter rolled his eyes up to heaven as headed in the door to his first ever mini GAA disco.

Your man at the door was an old school friend of mine. And he was right — there was a big gang of us back in the day who used to pound the dancefloor to such tunes way back when.

Not long after we finished our Leaving Certs, if I remember correctly.

His phrase kind of shocked me, though. In my head all I could hear was my own father, who used to tell me about how he danced with the best of them to the showbands in Cricklewood in London.

I distinctly remember rolling my eyes at such statements, too.

I thought my father was so uncool, and now here is Aidan doing the exact same thing. It’s a normal thing, I guess, but it made me feel so old.

And, in some ways I actually am old. I don’t feel old, but by God, the last thing I want to be doing these days is dancing to any sort of tune on a dancefloor, let alone one from the Vengaboys!

Have I finally gotten sense? Probably not, because if you’re a regular reader of this column, you’ll be well aware that I’m prone to a bit of madness from time to time — but such occasions are rare these days

. Early nights are more the order of the day, or should I say night, at present.

And even when I do get the opportunity or an invitation to go out, it’s hard to motivate myself to actually go.

Contrast that to my ‘youth’, and I’d be out seven nights a week if I could.

I now long for Friday nights because I know I can stay up until about midnight (at a push!) and not have to worry about making school lunches the following morning.

The same goes for Saturday night. As soon as the kids go to bed, I’m on the sofa in my dressing gown waiting for the 9 o’clock news to come on.

And I hate to admit it, but I look forward to The Late Late Show and have even been known to watch the Ray D’Arcy show of a Saturday night. I have turned in to a modern day version of my mother and father!

Natural progression, I know, but putting it down on paper and accepting it is a bit of a shock to the system!

My own father, in fairness to him, always kept his social life up. It obviously quietened down as he got older, but he loved a couple of pints in the local a few nights a week where he would talk football and politics.

My mother, on the other hand, loved the quiet life and the quiet nights in and that’s the stage I’m at in my life at the moment.

Lets be honest here, sitting on the sofa with elasticated pajama bottoms on and not a bra in sight is way more enticing than sitting in the local and talking sh*te! I bet there are loads of other mammies out there that totally know where I am coming from!

There’s nothing nicer than waking up after having an early, alcohol-free night the night before.

And, indeed there’s nothing worse than waking up after only a couple of hours sleep with a raging hangover, especially when you have two kids that both wake up around the 6am mark. It’s actually hell on earth!

I remember the ‘good old days’ when I wouldn’t roll out of the bed on a Sunday until almost midday, having been out the night before.

I gorged on carbs and watched mindless telly on the sofa. I can’t quite decide if they were the good old days or not!

By midday on a Sunday these days, I have about three loads of laundry done, four plasters stuck on little fingers, refereed five fights and have even watched loads of mindless TV of the cartoon variety!

Sarah is four and Aidan is almost six, so this responsible way of living really shouldn’t be a new or shocking thing for me and it’s not.

However, the words spoken by your man at the door of the disco reverberated around my head.

I never even thought about having a day before but there is a back in my day. A way back. I’m more middle-aged than old, I guess. My soundtrack has changed.

Mind you, the Vengaboys weren’t on the original soundtrack and they certainly aren’t on the current one!