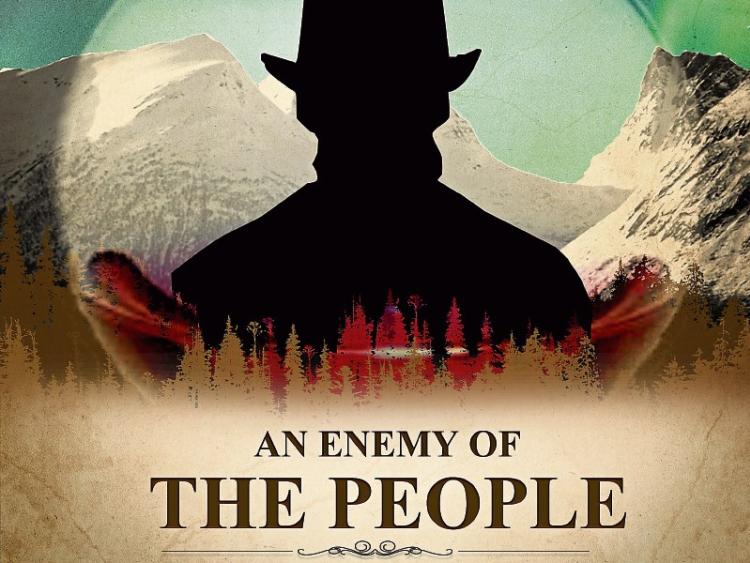 An Enemy of the People

And they’ve taken a topical appraach by choosing Henrik Ibsen’s An Enemy of the People.

The Norwegian playwright’s play was adapted by Rebecca Lenkiewicz and is directed by Prosperous Drama stalwart TJ Duggan.

An Enemy of the People addresses a number of challenges that are highly relevant today, such as environmental issues versus economic interests, professional responsibilities and the moral dilemmas and tensions involved in whistle blowing.

The play, En Folkefiende, in the original Norweigan, was written in 1882 was written in response to the public outcry against his previous play, Ghosts, which challenged the hypocrisy of 19th-century morality and which had been described as ‘scandalous’, ‘degenerate’ and ‘immoral’, because it openly discussed adultery and syphilis.

An Enemy of the People tells the story of a man who dares to speak an unpalatable truth, and is punished for it.

However, Ibsen took a somewhat skeptical view of his protagonist, suggesting that he may have gone too far in his zeal to tell the truth.

He wrote to his publisher: “I am still uncertain as to whether I should call the play a comedy or a straight drama.

“It may have many traits of comedy, but it also is based on a serious idea.”

The play was adapted in 1950s by Arthur Miller.

A Berlin theatre company’s version of the play, which was produced in Beijing and intended for a tour around China, was cancelled after only one showing.

In recent years Prosperous Drama Society has been consistantly successful in getting to the All Irelands, but was denied the win until last year, although they have won the All-Ireland in the One Act category on a number of occasions.

Prosperous’s production was of Sylvia by AR Gurney. The play is about a couple who adopt a dog, the Sylvia of the title and the hilarity which ensues.