KILDARE MAN IN LONDON: Robert Mulhern pays a visit to his wife’s family homeplace on Montserrat

Irish stronghold known as the Emerald Isle of the Caribbean 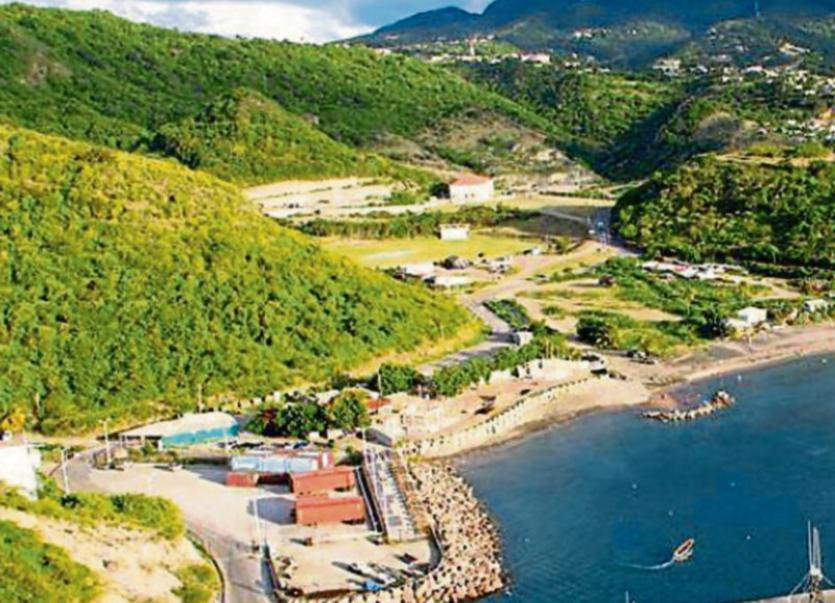 It must be an Irish thing, trying to place people we think we might know.

“Would he be a McCormack out of Clane now?” Or, “are they anything to the Kilcullen O’Briens?”

This kind of query seldom ends without the hunch being confirmed, but not so long ago a neighbour from home asked me that very question about my wife when I told him she was a Farrell.

“Oh, Farrell…,” he said, cocking his head to the side and thinking hard. “Now, would she be a Farrell out of Louth?”

“No, no,” I replied. “Her dad is actually from Montserrat!”

“Ah, Montserrat,” he said without missing a beat. “Yes, of course… she’d be one of the Farrells out of Montserrat!”

We laughed and laughed.

I explained that the Farrells were once upon a time one of the big families on the island of Montserrat, often referred to as the ‘Emerald Isle of the Caribbean’ because of its rich Irish history.

I knew some of this at the time but always wanted to find out more.

So I visted in January for the first time.

We got a plane from London and then a boat from Antigua. My 11-month-old daughter too.

The island stuck up out of the ocean, all green and mountainy, with deep blues and spears of white cloud.

From the sea it looked like a Jurassic Park of a place.

I’d seen something about the island of 5,000 people years before, on a repeat of the RTÉ television programme, Radharc.

It must have been a slow TV night that I had to tune into Radharc, but there was this old black Caribbean guy called Sweeney talking in a broad Waterford accent about the island’s history.

It felt like things had been turned on their head.

He told how the Irish originally arrived as indentured slaves under the control of the British, only to become slave owners themselves, ironically, when later they won their own freedom.

The legacy of that means today, they’re all going around with surnames like Sweeney, and Ryan, and Farrell.

When we all queued up to have our papers checked, the immigration man stamped our passports with the symbol of the shamrock.

“Make sure you come back for St Patrick’s Day,” he smiled, waving us through.

Close to the bay, a man left a café and wandered over. My wife asked him if he knew her late granddad, Will Farrell.

Then we made off in a taxi with a stout driver who introduced himself as Labamba.

We drove up one of the island’s many steep hills. The place felt largely untouched, hot, tropical, but bizarrely full of familiar reference points in the form of common surnames from home.

“Osbourne,” I said with some surprise.

“I know of Osbournes!”

Labamba just smiled and shifted the gearstick to tackle yet another steep climb, passing derelict sugar mills where slaves once toiled under savage conditions, for both British and Irish masters, he lamented.

When the hill fell away down the far side we came upon a signposted water well that promised all who drunk from her a return visit to the island.

We filled our bottles. And the baby’s too.

Surrounded by all this other-worldliness and thousands of miles away on this dot of tropicalness, home was the last thing on my mind.

But it was just impossible to escape the associations triggered by surnames.

The island’s souvenir shop was owned and run by an older black Caribbean woman — Miss Meade.

And just like a former science teacher I once had, she confirmed that her surname ended with an ‘e’.

On it went. And by the time it came to leave in the afternoon, an older black man preparing fish by the harbour wandered out of the kitchen of his small restaurant and introduced himself

“What, from the other side of the island?” he asked.