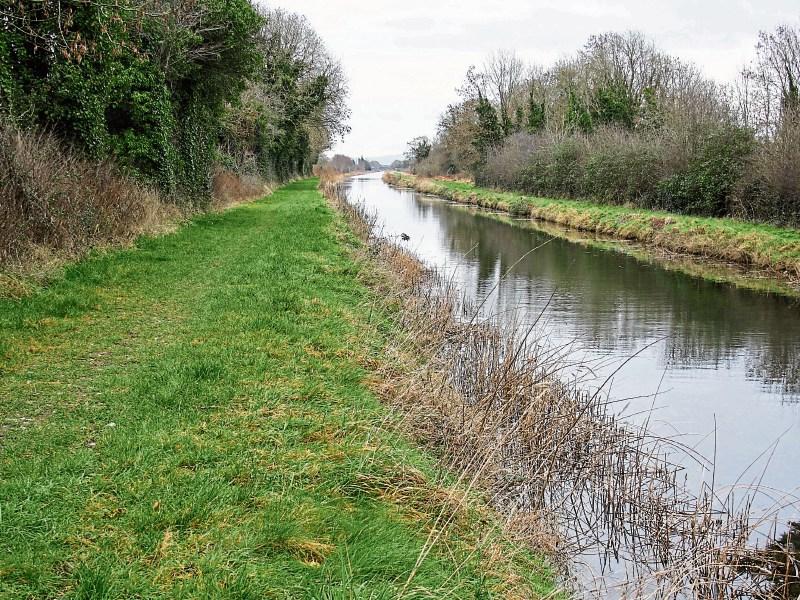 The announcement in recent weeks of proposals to build a greenway along the banks of the Grand Canal has galvinised communities along the canal like no other in recent times.

The immediate interest will be the opportunity to bring tourists, and by extension, prosperity into the area.

But the experience of other greenways around the country is that although successful at bringing prosperity to an area, peak usage on them coincides with school opening and closing times — meaning that they are being used for commuting.

And it is that element that interested Allenwood locals.

In a length submission to Kildare County Council the local Tidy Town’s Association made several suggestions aimed at insuring greater links between the Greenway and the village.

Brendan Wyse, a local election candidate for the Clane area for Fine Gael and secretary of Allenwood Tidy Towns, has spent the past few weeks getting feedback from residents in the villages and townlands that surround the canal.

“In Allenwood South, where I live, we have a large population of the wider Allenwood community that is isolated from the main village because the main Clane to Edenderry road is too busy now with traffic from the Drehid waste management facility to safely walk or cycle.

“As a result,” he explained, “it is no longer possible for residents of Lullymore, Killina and Allenwood South to walk or cycle to the nearest post office, schools, church and shops, which are all located at Allenwood Cross.

“There is an estimated 400 families in Allenwood South, Lullymore and Killina that will now benefit from this safe route to Allenwood Cross.”

He says that the benefits of the Greenway on peoples’ health and the environment will be immediately felt in Allenwood.

“Children will be able to cycle to school again from the west of the village. This hasn’t been possible for decades. And 400 families would now have the option to leave the car at home and walk or cycle to the shops, reducing the carbon footprint for the area.

For this reason he is hoping that public lighting can be erected on the Greenway.

“The council has said that public lighting will not be required, but we are asking for an exception to be made on the stretch between Allenwood South and the main village.”

“The link is just too important to be left unlit, and even without the lights, people are going to be using it. The additional investment to make it safer would not go to waste.”

In the submission, Mr. Wyse also pointed to a lack of a complete footpath from the centre of Allenwood village to the Greenway.

“There is a short section of 150 metres of footpath missing from Allenwood Cross to Bond Bridge that will force people to walk or cycle on the road to reach the Greenway.

“Even with the present usage of the Grand Canal by locals and tourists alike, there is heavy pedestrian traffic from Allenwood Cross to the canal by the R415.

“It is not unusual to see walkers and runners on the road just before the bridge, sometimes with dogs, and even on dark winter evenings.”

Mr Wyse said he regularly sees people trying to reach the canal bank with streams of motor traffic, including many heavy haulage vehicles, coming over the bridge unaware that they are there.

“It should also be noted that the area is unlit,” he added.

He noted that it “would be a shame to have kilometres of perfect pathway along the canal, disconnected from the services in Allenwood, by just 150 metres”.

He said that linking the Greenway properly with local communities is essential to entice commuters to start using it.

Other issues raised in the submission were that of privacy for locals, and suggestions were made to address this.

However, the submission also had a concern that the some of the adjacent laneways needed to be improved.

“The Greenway, when completed, will bring a large number of visitors to our county. It is important that we leave a lasting impression on those visitors.

“When they return home to tell their friends and family about Kildare, we would want their message to be overwhelmingly positive.

“Therefore, it is important that the areas in the vicinity of the Greenway look well and are properly maintained.”

He said that while the various community groups and Tidy Towns associations play their part in achieving this, the Council must also play its role.

“Priority must now be given to the Roads Department to upgrade and repair all side roads along the canal.”