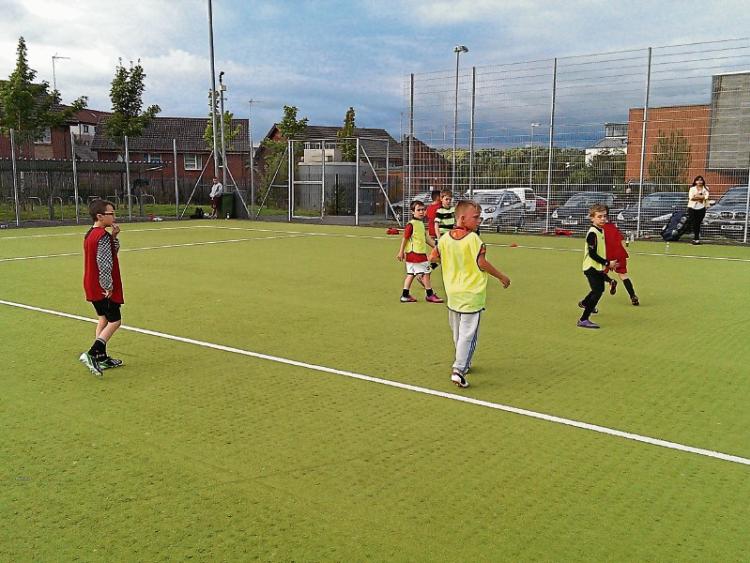 I got a phone call the other day from a fella I hadn’t spoken to in about 20 years. I was friends with his younger sister back in the day when I was at school but I never really knew him properly.

He’s heavily involved in our local GAA club, particularly with the juvenile section as he is a parent himself.

It turns out he rang me to ask if I would come on board, lend a hand and be a member of the club’s juvenile committee.

Now I won’t lie and say I immediately jumped at the chance. Sure don’t we all like uninterrrupted evenings at home by the fire, or being as free as a bird to do what we want as a family at the weekends.

However, I got to thinking and came to the conclusion that I probably should accept the invitation.

So that’s exactly what I did. Why? Well, Aidan and Sarah both currently play football with the club and they really love it.

For the foreseeable future they will both be down there every Saturday morning, availing of the club’s facilities and the club’s coaches.

I don’t quite think I’d make it in the coaching department, but I do think I have a duty to help out in some way, in any way.

In fact I think all parents should lend a hand to their local sports clubs, be it football, rugby, soccer, athletics or whatever sport your child happens to plays.

I’m no martyr for the cause, but too many parents use sports clubs as a babysitting service.

They drop their kids at the gate and go. In the summer, parents use summer camps as cheap childcare.

They don’t help out in any way, they don’t contribute and yet they are willing to avail of their facilities and time every week.

Yes, I’m aware parents pay membership fees for their kids, but let’s face it, membership fees are not going to keep a club going and if you think they do then you have your head stuck up in the clouds.

Year after year, the same people sit on committees — some for decades — and a lot of time they do it because recruiting volunteers is so difficult. Nobody else wants to do it.

Now if you’re reading this, and thinking it’s fine for me to say I’ll get involved because I’m a stay-at-home mammy, well that’s just a bullsh*it excuse.

I have plenty of things to keep me busy seven days a week ,to be perfectly honest.

When I got the phone call the other day, I sat back and thought about the effort that goes in to just the two groups my own kids are involved in, the Under 5s and the Under 6s.

First up, the all-weather facility they are using, no doubt, has to be paid for.

The equipment they are using had to be paid for. And of course then there’s the coaches who give of their time for nothing every weekend, just so they can help my child learn and improve their Gaelic football skills, socialise with other kids their age and feel a part of the club.

I thought about the medals all the kids got at the end of last season, and the sweets and crisps they got too.

I thought about the women who volunteer to make sure there’s a hot cup of tea and coffee for us parents.

Their roles might not be glamorous or deemed important to some, but if it wasn’t for people like them, my kids wouldn’t have football to go to on a Saturday morning.

It’s the same in all sports clubs the length and breath of the country.

And do you know what gets my goat up even more? When some parents complain like hell about what’s wrong with the club.

They moan that the pitch may be a disgrace or that game times don’t suit or that coach Joe Bloggs isn’t nice to their kid, yet they still won’t get involved.

They bitch and moan, yet they won’t volunteer and give of their time to perhaps make changes and improvements.

To me it’s the same as people who give out stink about the government but don’t bother their banjo to vote come election time. It just drives me insane!

My own father was treasurer of the same local GAA club back in the day. Over the years, my whole family have been involved in one way or another.

They played, they did the admin, they fundraised and, to be honest, I am proud to be getting involved myself.

It’s a good example to set for Aidan and Sarah and I hope that one day they will also get involved.

So does anyone want to buy a lotto ticket?! Until next week, folks!