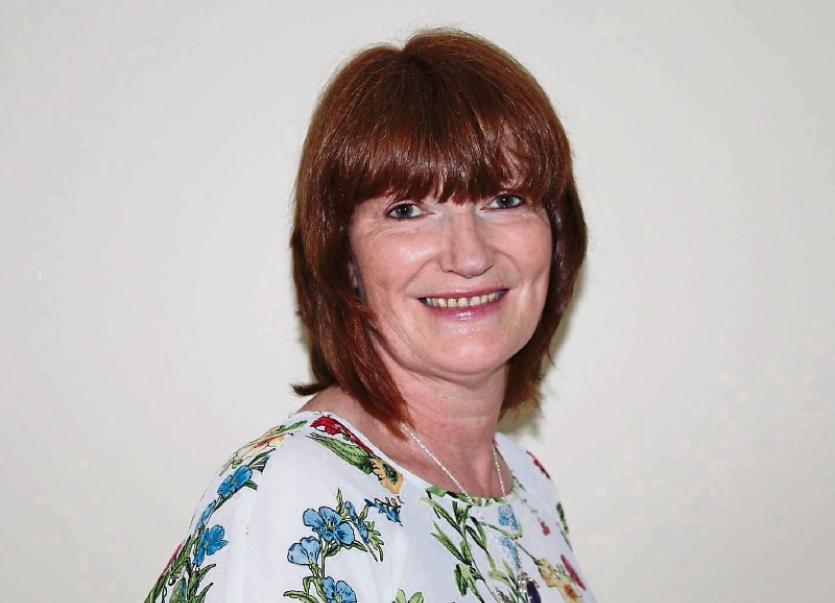 Mari grew up in Leitrim and went to school in Carrick-on-Shannon. Her parents, Malachy and Winnie are deceased and she is the second eldest of four children. She lived and worked in both Sligo and Galway before moving to Kildare.

I have been living in Newbridge since 1994 — a blow-in. I moved from the west of Ireland (I was working in the bank in Galway) to be with my husband, Paul, who was in the Defence Forces medical corps. My first memory of arriving in Kildare was the absolute thrill of being so near the capital city, Dublin. Having hailed from the west, a trip to Dublin took a whole day. Now I could be at Newlands Cross in 30 minutes.

I love that Kildare is both rural and urban — I live in Newbridge and it has all the services of an urban centre but also has the rural beauty of the Curragh on its doorstep.

WHAT WOULD BE YOUR IDEAL DAY SPENT IN KILDARE?

I start with a cycle in Newbridge and afterwards head for lunch in the gorgeous Newbridge Silverware restaurant. I always enjoy a browse in a bookshop —Farrell’s in Newbridge or Barker and Jones, Naas, keep me happy and occupied. An ideal day for me is one when I can get some quiet time to produce a few hundred words of my second book — a self-help book called Wellbeing. It’s always a privilege to end the day playing badminton in my club in Kilcullen; fun and sociable, a great mix.

WHAT HAS THE REACTION BEEN LIKE TO YOUR NEW BOOK, BECOMING A MOTHER?

I’ve been told Becoming a Mother: Reflections on Adoptive Parenthood is the first book on adoption by an Irish adoptive parent. The reaction has been amazing and I am still getting complimentary texts and emails. I’ve had people come up to me in the street thanking me for my honesty on all the aspects around adoption I’ve shared. Since publication, the book has been added to college and HSE reading lists.

Mari began her journey in the literary world by joining a creative writing class at Scoil Mhuire in Clane. Becoming A Mother is published by Orpen Press.