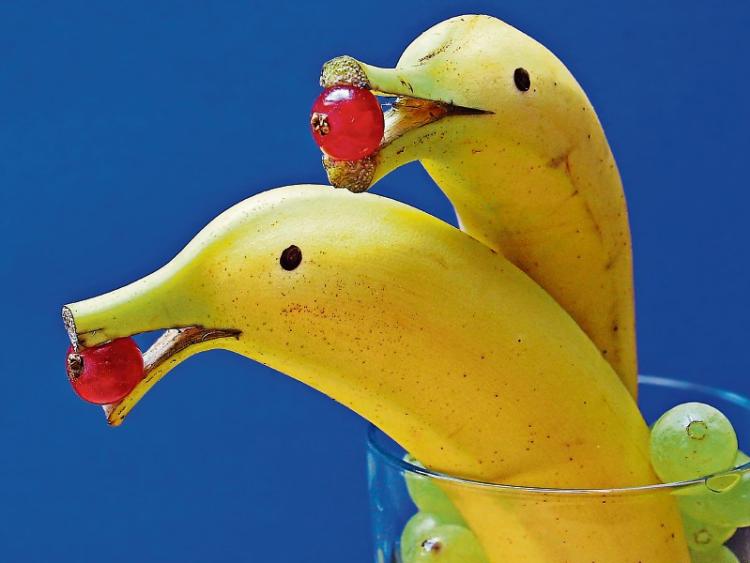 I love food as much as the next person. In fact I probably love it more than most but not as much as my kids do. Having talked to many other mums about this, it seems to be a thing with children. However, if I hear ‘I want a snack’ or ‘I’m starving’ one more time, I might just land one of the kids in to the field next door due to a kick in the backside!

Read also: Could you be the next Kildare Rose to vie for Rose of Tralee title

This whole ‘I’m starving’ thing is a relatively new thing in my house. It first started during the summer holidays and has continued every day since. Perhaps it was a thing before, but they were in the childminders before that as I worked full-time, so it wasn’t an issue for me. I’ll tell you what though, if Aidan and Sarah keep it up, I may just ask for my old job back.

Let me fimly point out that neither Aidan nor Sarah are ever starving. They are never let go any way hungry and there’s always plenty of food in our fridge, thank God.

Yet, I get told 1,000 times every day just how starving they actually are. Not even the mention of the poor starving children in Africa deters them!

Aidan wakes around the 7am mark every morning and comes into my room immediately. Before anything he demands I get up and give him his breakfast of two Weetabix with warm milk, which he devours in about a minute flat. His sister does the same when she appears from the leaba. It’s then time to get dressed and I stick on a cartoon for them when I get myself ready.

During the week I then take to making their school lunches, which usually consist of a sandwich, some fruit and plenty of other lunchbox snacks such as breadsticks, cheese sticks, rice cakes or raisins. Of course, when I’m making the lunches they appear from the sitting room begging for snack because, you guessed it, they are starving, despite only finishing their breakfast some thirty minutes beforehand.

There’s howls of discontent when I refuse their requests.

I fully expect them both to be ‘starving’ coming home from school, so I have no issue with a decent-sized snack at that stage. Said snack could include a wrap or a bagel with the filling of their choice, followed by a banana or an apple. I think that’s quite a regular occurrence for all kids when they get in from school. It’s the rest of the afternoon and early evening that drives me potty though.

It never ends. They want more breadsticks. I get a pain in my face peeling oranges and handing out yogurts. You have to draw a line though. If I gave in to every single request I’d be in the supermarket every single day. They would also be obese if I didn’t put a stop to it!

To make matters worse, we now live right next door to my mother, so when they don’t get their way in their own house, they go out and try their luck with granny! And guess what? Granny can’t say no to their sweet little faces! They arrive back in to the house with those sweet little faces covered in chocolate but still claim they ate nothing next door!

Then there’s times when they think they are being clever, like one morning recently. I put on a cartoon for them while I was heading off to have my morning shower. However, I forgot something in the kitchen and headed back down. Neither of them were where I left them in the sitting room and there was an eerie silence. Every mother knows that silence isn’t a good thing so I investigated. I found the pair of them down in the playroom gorging on a packet of Oreos that I thought I hid in a very good place. Not good enough obviously! They nearly jumped out of their skins when I caught them.

I often find finger marks in the chocolate spread in the fridge or an empty bag where the bread should be in the press. They open packets of rice cakes, take what they want behind my back and then when I go to use them they are all gone soft because they just leave them open in the fridge.

Last week I attempted to scare them out of always snacking, but I might as well have been talking to the patio furniture outside! I told them both that they would get worms if they didn’t stop eating all the time. I was told that as a child too and I now know it’s a myth but I’m willing to try anything at this stage. When I told them worms can grow in their bellies they started roaring laughing at me so I went a step further.

To prove my point I Googled tapeworms on my phone and showed them pictures of the disgusting creatures inside tummies. They weren’t too impressed but my tactic worked for merely a few minutes. Not long after they were looking for a snack and I was looking for the marbles I appeared to have lost!

I wonder if I stuck pictures of tapeworms on my fridge door and on the presses, would that stop them?!

It’s not quite the interior look I was going for on the new house but at this stage I’d give anything a go.