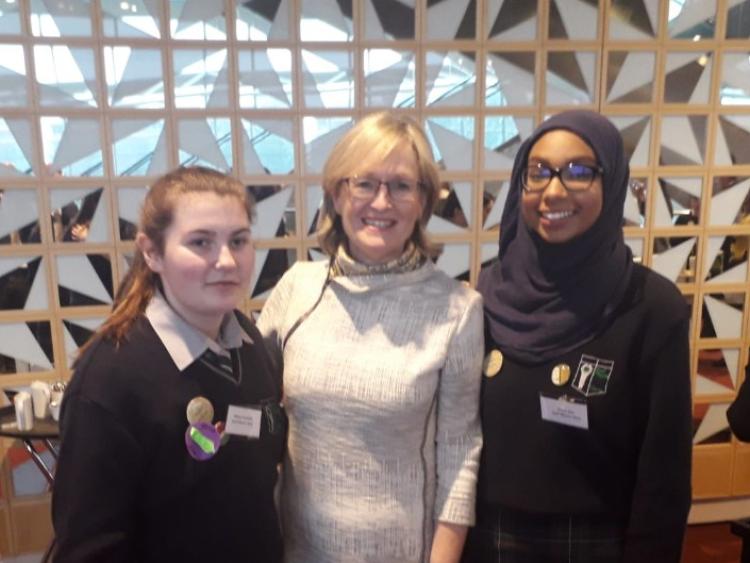 Scoil Mhuire Community School Clane Transition Year students Athena Fusciardi and Eiman Elsir are heading for New York in March having been selected as national winners in the Politics Needs Women video competition run by the Department of Justice.

The competition is marking 100 years since women in Ireland were allowed to vote and stand for election. The girls and their history teacher, David Gorry will join Ireland’s official delegation to the United Nations Headquarters in New York from March 11 to 13 for the 63rd session of the United Nations Commission on the Status of Women.

Students from 10 counties attending the final in the Convention Centre on December 14 where they were addressed by a number of speakers including, Mairead McGuinness MEP, Minister for Justice and Equality Charlie Flanagan, Professor Yvonne Galligan, Queens University Belfast, Mary Coughlan and Frances Fitzgerald. 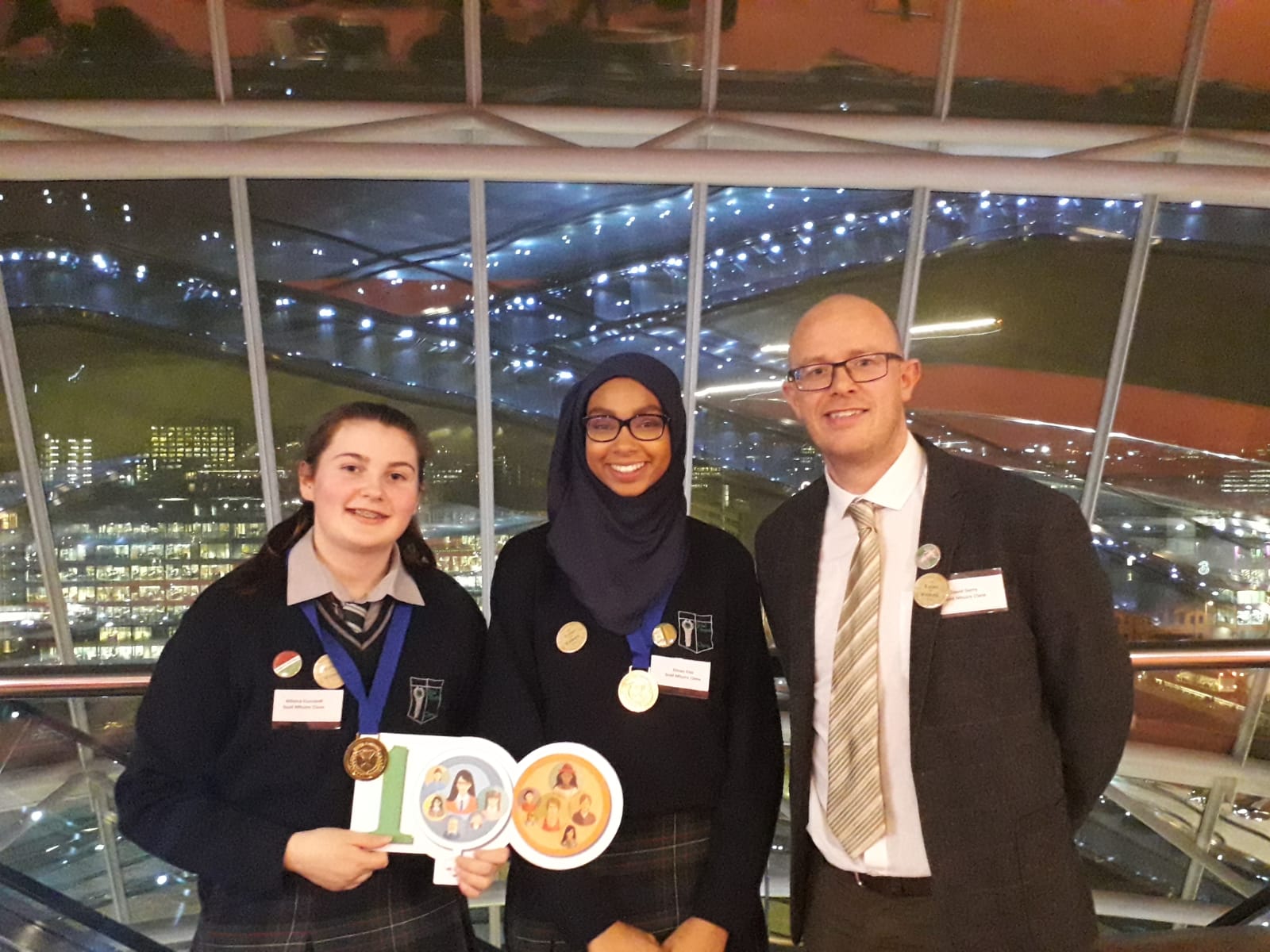 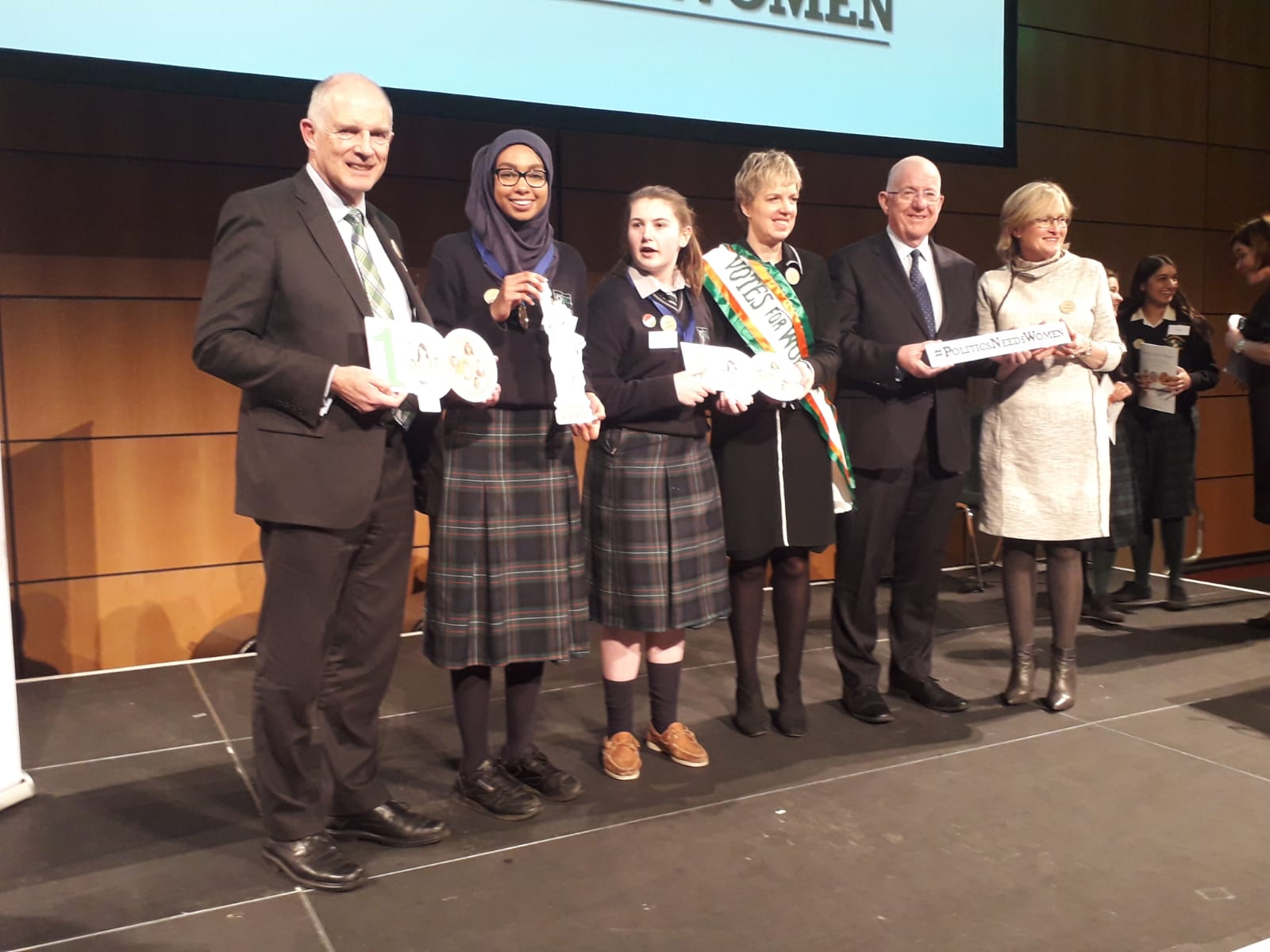